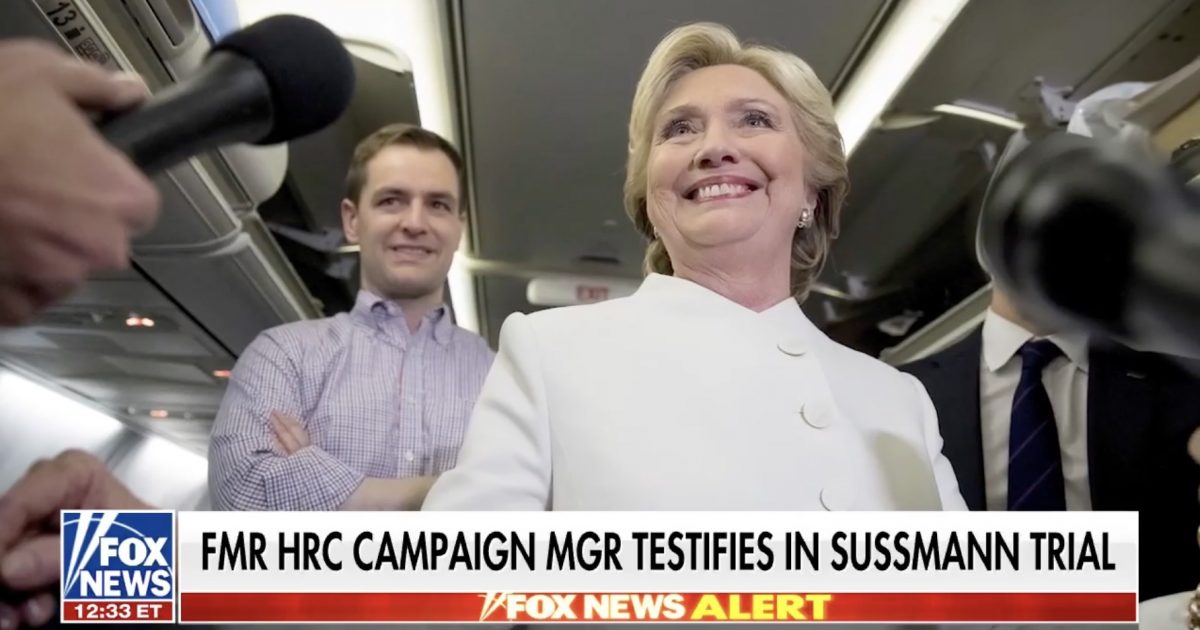 At the Michael Sussmann trial, Hillary Clinton’s 2016 campaign manager testified Clinton gave the okay to push an unverified link between then-candidate Donald Trump and a bank in Russia to a reporter.

Sussmann is on trial for lying to the FBI. Sussmann was charged from the John Durham investigation about the origins of the Trump-Russia link.

Hillary Clinton personally approved her campaign’s plans in fall 2016 to share information with a reporter about an uncorroborated alleged server backchannel between Donald Trump and a top Russian bank, her former campaign manager testified Friday in federal court.

The information about Trump was published in Slate and following its publication, Clinton commented on a campaign statement about the story in a Tweet.

The revelation about Clinton’s involvement is making news.

The Russia-Trump collusion narrative of 2016 and beyond was a dirty trick for the ages, and now we know it came from the top—candidate Hillary Rodham Clinton. https://t.co/IUd7ySs1H8

Elon Musk was upset about Clinton and the fact he donated to her campaign, saying, “Btw, I donated to & voted for Hillary, so am doubly pissed off about those funds being used for lying.”

Sussmann himself admitted billing Clinton Campaign to pay for him to present Russia hoax to FBI! This is not even questioned by the defense.

Btw, I donated to & voted for Hillary, so am doubly pissed off about those funds being used for lying.https://t.co/PtFgYzpXQN

The revelation about Clinton shows she and her team would do anything for power.