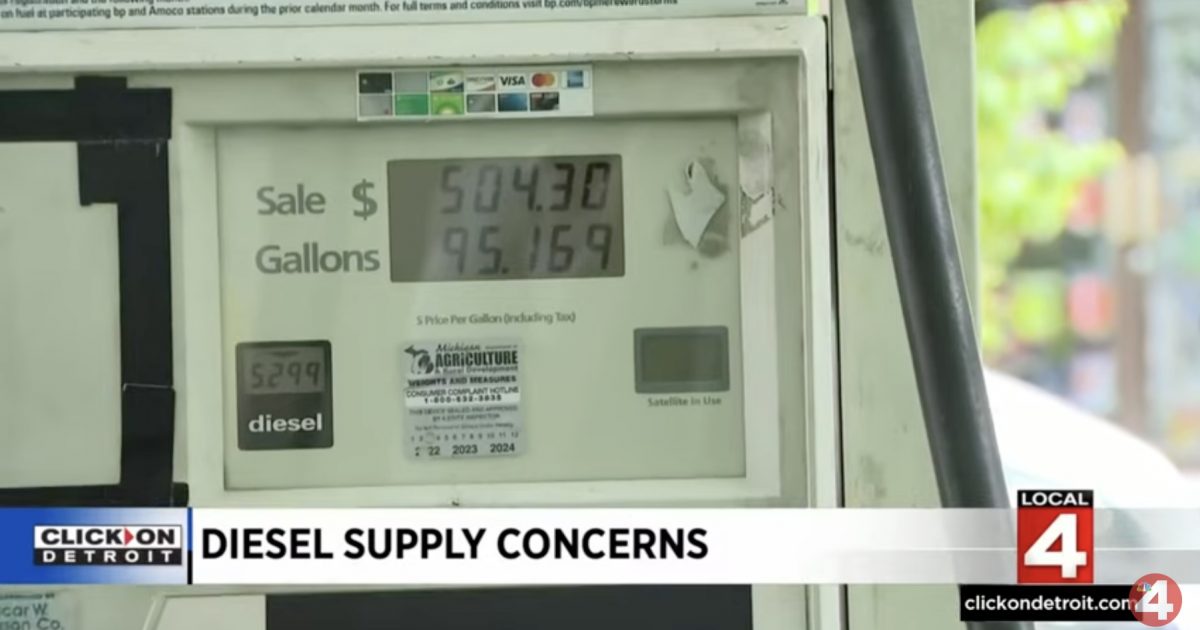 The soaring cost of diesel is fueling inflation.

According to NPR, “…trucks move 70% of all freight in the U.S.,” including distributing goods that are from cargo ships and trains.

As discussed in the story, trucking companies can pass the added cost on to those receiving the trucked materials but independent truckers can’t so they may stop doing business which will only boost the cost of trucking goods.

In the end, the high cost of diesel will be passed on to the consumer who will pay higher prices for food and other goods.

The surge in the price of diesel is attributed to short supply and surging demand. 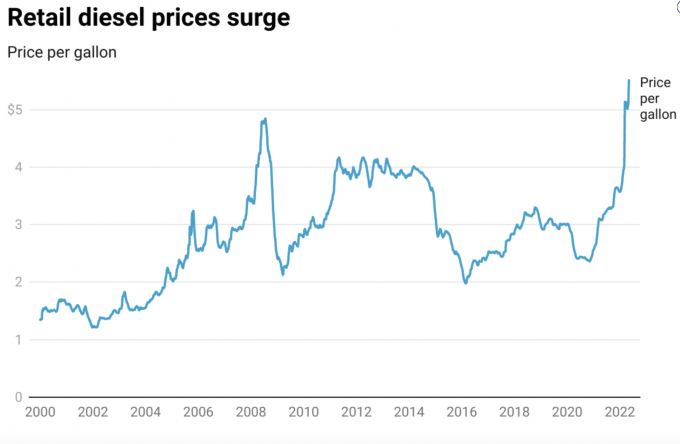 Diesel is one of the refining products called “middle distillates” and according to CNBC, “U.S. distillate inventory is now at the lowest level in more than decade.”

Refiners can’t just ramp up output to meet surging demand, and utilization rates are already above 90%. In the U.S., refining capacity has decreased in recent years. The largest refining complex on the East Coast — Philadelphia Energy Solutions — shut down following a fire in June 2019.

The story continues, saying, “It’s going to be a double whammy on consumers in the weeks and months ahead as these diesel prices trickle down to the cost of goods — another piece of inflation that’s going to hit consumers.”

The Los Angeles Times also wrote about the cost of diesel.

Diesel runs the world’s economic engine, and the fuel’s price has soared faster and higher than gasoline.

“People should be very concerned. This will ripple through the economy,” an economist told @RonWLATimes. https://t.co/SsQwLCbF8U

NPR did an interview with a trucker on diesel prices titled, “The national average price for diesel is up 75% from a year ago.”

Detroit Local 4 reported on the high cost of diesel.

President Biden’s effort to fight inflation will fail because his polices are contributing to lower domestic energy output.

The U.S. needs to increase the supply of oil and natural gas to lower prices but that’s not going to happen because Biden has an anti-fossil fuel agenda.