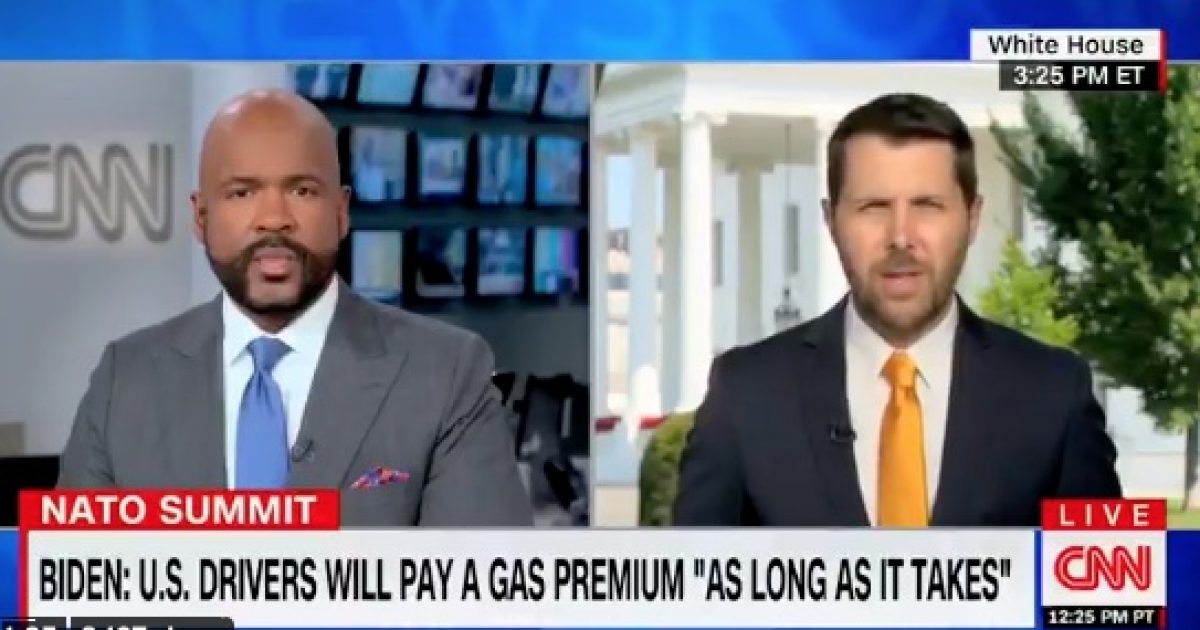 President Biden’s economic adviser Brian Deese said the high cost of gasoline was the price to be paid to maintain “the future of the liberal world order.”

Former @BlackRock exec/Biden econ adviser @BrianDeeseNEC on $5/gallon gas: "This is about the future of the liberal world order and we have to stand firm." pic.twitter.com/XqfRScdsmh

President Biden delivered a similar message in comments he made in Madrid, Spain after the NATO summit when he was asked about high gasoline prices.

Biden was asked, “How long is it fair to expect American drivers and drivers around the world to pay that premium for this war?”

The president responded, “As long as it takes.” Biden added, “Russia cannot, in fact, defeat Ukraine and move beyond Ukraine.”

The overall message Biden and team are delivering is the high cost of gasoline is due to Russia.

"The reason why gas prices are up is because of Russia, Russia Russia."

President Biden pushes again for a gas tax holiday and a cap on the price of Russian oil during a press conference at the NATO Summit. pic.twitter.com/hNCki1NQ5H

Yes, Russia is responsible for part but not all of the pain at the gasoline pump.

Prices were going higher before Russia invaded Ukraine and despite his claims, Biden is doing everything to reduce domestic energy production.