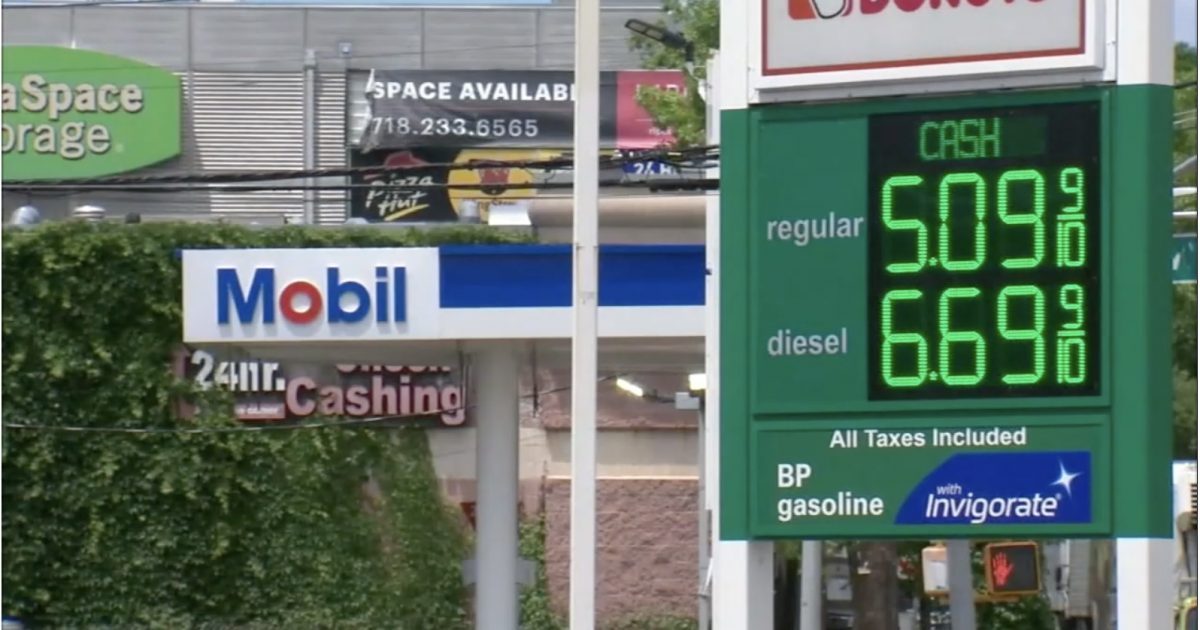 If the last two years have taught us anything, it is the importance of planning ahead and encouraging new investments in energy – whether it’s oil and natural gas, solar and wind, or a mixture of all of the above. With global populations expected to rise from nearly 8 billion today to almost 10 billion in 2050, energy demands are only projected to grow and policymakers ought to be ready to utilize American abundance.

Government trackers recorded gasoline prices heading down ahead of the holiday weekend, but they still remain high. In this low-supply/high-cost environment, it is dispiriting to see Washington policymakers – from federal agencies to Congress to the White House – ask for increased energy production while making moves to undermine our industry. One Forbes writer called the White House’s posture “confused.”

We so often see the President saying one thing in public as his appointees in the federal bureaucracy are doing the opposite. … Mr. Biden has frequently called for the domestic industry to produce more oil and gas, refine more gasoline and ramp up exports of liquefied natural gas to Europe, while his agencies continue to hold up permitting, issue restrictive new regulations, and issue rulings that directly inhibit companies’ ability to get their business done.

Despite the Fourth of July holiday, the administration worked overtime last weekend, sending mixed messages or considering new policies that won’t help. Here they are, along with how to fix each one.

Past 5:00 p.m. on the Friday evening of a holiday weekend, the administration’s long-awaited draft plan for a 5-year program for development along the Outer Continental Shelf finally was released to the public. Incredibly, the plan contemplates holding zero to 10 auctions in the Gulf of Mexico over the next five years, plus the possibility of one in Alaska’s Cook Inlet. Leaving open the possibility of no offshore lease sales puts U.S. producers at a disadvantage on the global stage, puts our economic and national security at risk (look no further than Europe), and could put upward pressure on prices due to lack of supply.

Solution #1: The Department of the Interior (DOI) should lift developmental restrictions on federal lands and waters. They should scrap any talk of conducting zero lease sales deep into the 2020s. They should issue a robust 5-year program for the Outer Continental Shelf (OCS) and hold mandated quarterly onshore lease sales with equitable terms. Additionally, DOI should reinstate canceled sales and valid leases on federal lands and waters.

There is an environmental argument for production, too. Even DOI states that “global emissions are only incrementally higher with new leasing compared to no new sales,” according to Axios – and a previous 2016 government analysis suggested U.S. greenhouse gas emissions could actually increase slightly in the absence of new OCS leasing.

Read the entire commentary here.
__________
Kevin O’Scannlain is API’s vice president of Upstream Policy. Before coming to API, Kevin served in the White House as Special Assistant to the President in two different roles, and as Deputy Solicitor for Energy & Minerals at the U.S. Department of the Interior. Prior to that, he was an attorney for Chevron, DLA Piper LLP, and the U.S. Senate. O’Scannlain is a graduate of the College of the Holy Cross and Notre Dame Law School.