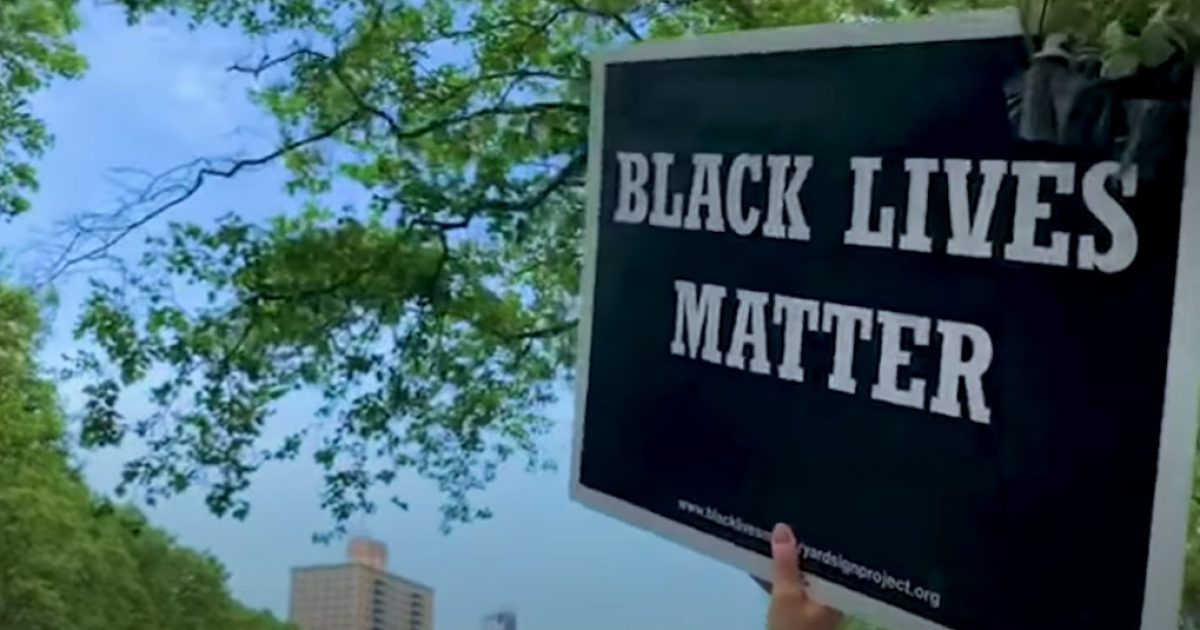 You’ve heard the chants in the streets of America: “Pigs in a blanket, fry ‘em like bacon.”

You’ve seen the graffiti scrawled on walls and monuments and broken windows in the wake of “peaceful protests”: ACAB, which stands for “All Cops Are Bastards.”

The lives of law enforcement officers who risk everything, every day, to serve and protect have been endangered by “woke” politicians, prosecutors, judges, and activists for years. In 2020, anti-police hatred intensified terrifyingly under the influence of the Black Lives Matter Global Network Foundation (“BLM”), whose rioters called openly for police officers to die.

And they were heard. In 2021, according to FBI data, a record 73 cops were killed in the line of duty. That’s the highest number in a single year since the terrorist attacks on September 11, 2001.

In this murderous mission, BLM had partners: “woke” corporate leaders of names and brands you know, including Coca-Cola, Comcast/NBC, Gatorade, Levi’s, Microsoft, Nike, Papa Johns, PayPal, Peloton, and Target, among others.

It’s time for those corporations to take responsibility for their actions, because the consequences are all too real for families like mine – and for every community in America.

My name is Dominique Luzuriaga Rivera. I’m 23 years old and I am the widow of NYPD Detective Jason Rivera – the love of my life ever since we met in kindergarten – who was killed in the line of duty on January 21, 2022.

Jason was a rookie. He and his partner, Detective Wilbert Mora, were responding to a domestic violence call when they were ambushed and shot in the head by a convicted felon and probation violator. Both Jason and Wilbert died of their injuries.

The murderer’s rap sheet was so long he should never have been back on the streets. Lenient prosecutors taking advantage of New York’s disastrous “bail reform” law gave him his undeserved and deadly freedom.

Jason and Wilbert were honored by thousands of fellow NYPD and New Yorkers at their shared funeral at St. Patrick’s Cathedral. When Jason and I got married I never imagined I would be delivering his eulogy three months later, and after I told the story of our life together I called out Alvin Bragg, the “woke” Manhattan District Attorney, by name. He and every prosecutor turning a blind eye to the carnage being inflicted on law enforcement must be held accountable.

My friend and fellow police widow Ann Wood-Dorn lost her husband David, a retired St. Louis police captain, when he volunteered to help a friend responding to a break-in at his pawn shop during a BLM-backed riot on June 2, 2020.

Ann didn’t even know David had gone to protect the shop when she heard the doorbell: “The chief of police was standing there crying. He told me Dave had been murdered.”

Ann learned that as her husband, a black man, was imploring looters to leave, a man came up and shot him point-blank in the chest – as another rioter livestreamed the killing with his cellphone.

And because St. Louis Mayor Lydia Crewson had ordered police to stand down during the riot, no police or ambulance responded for at least 20 minutes. David bled out and died on the street.

Ultimately seven people were arrested, two of whom were charged with murder, but Ann had to call the judge trying the first murder suspect to beg that the second one not be freed by George Soros-backed District Attorney Kim Gardner.

“They’re letting people out of jail who’ve committed murders before the bodies are even cold,” Ann said. “The one that actually murdered my husband … he’d been charged on two different occasions with robbery. At least one of them was an armed robbery … He got probation for it when he should have been serving time.”

Lenient sentencing also led to dreadful sorrow for my friend Esther Veve and her husband Dalsh, who emigrated with her from Haiti to the United States and was proud to join the NYPD.

In June 2017, as Detective First Grade Dalsh Veve was trying to arrest a teenager who had stolen a car, the suspect sped off with Dalsh clinging to the vehicle, dragging him for three blocks. Dalsh suffered a traumatic brain injury, and he’s paralyzed.

Despite guidelines directing four to 10 years in prison, Brooklyn Supreme Court Judge Ruth Shillingford sentenced the criminal who destroyed Esther’s husband’s life, and who had a long rap sheet prior to the assault, to 15 months to four years. Even more incredibly, the criminal was paroled after only 14 months.

In May 2021, the newly-paroled would-be murderer once again endangered law enforcement officers and the community by crashing into three cars during yet another police pursuit. Meanwhile, Dalsh and Esther have been left to, as she says, “put the pieces of our life together,” because Dalsh will never walk again.

Women like us have always known the lethal risks of our husbands’ jobs. What we could never have anticipated, though, was that companies like Coca-Cola, Comcast/NBC, Gatorade, Levi’s, Microsoft, Nike, Papa Johns, PayPal, Peloton, and Target would use their profits to fund the very organization, BLM, that is calling for police to die.

We stand with Concerned Communities for America, a nonprofit established by black clergy, community and business leaders to fight for public safety and prosperity in urban areas harmed by decades of crime and neglect, to demand that the CEOs of these corporations acknowledge and apologize for what they’ve done and pledge their support for our men and women in blue and the families of fallen officers.

BLM-supporting companies need to know that their virtue signaling does nothing to make life better in vulnerable communities, where crime is skyrocketing and poverty and desperation are only getting worse. Defunding and deriding police and calling for officers’ deaths makes everyone less safe.

Surely these businesses don’t want murder and chaos to be their brand.
__________