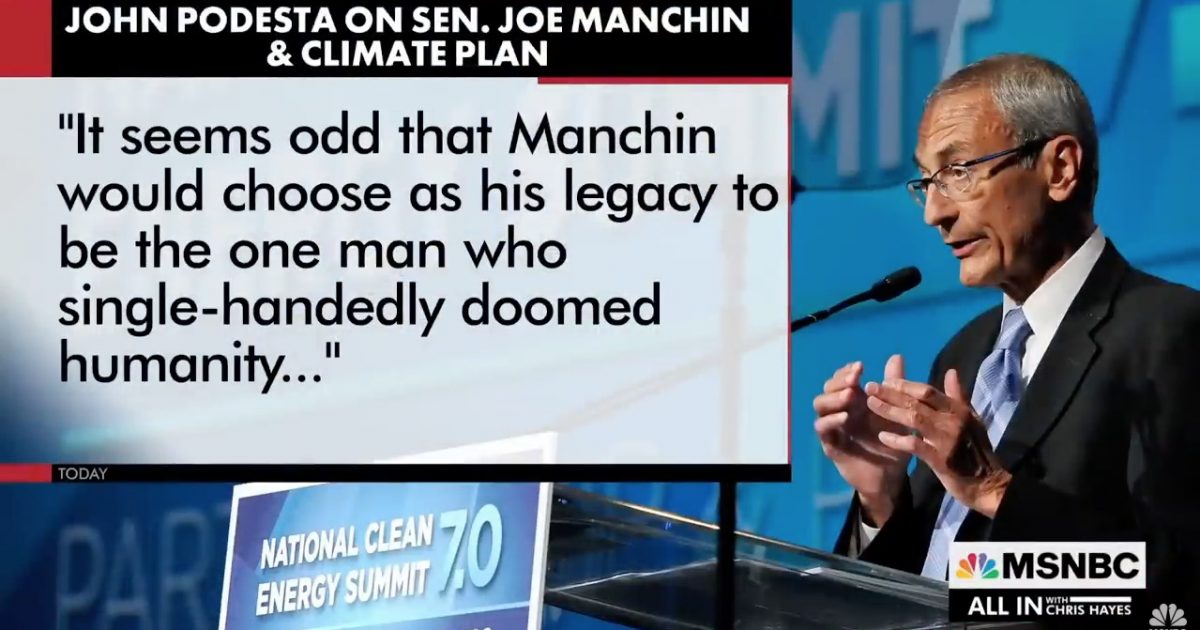 Democrats and their media allies are attacking Democrat West Virginia Senator Joe Manchin because he is opposed to President Biden’s Build Back Better spending plan.

Jayapal said, “Today, Senator Manchin has betrayed his commitment not only to the President and Democrats in Congress but most importantly, to the American people.”

While Manchin is open to a smaller bill, Democrats are most outraged over his decision that will block Biden’s climate change agenda. 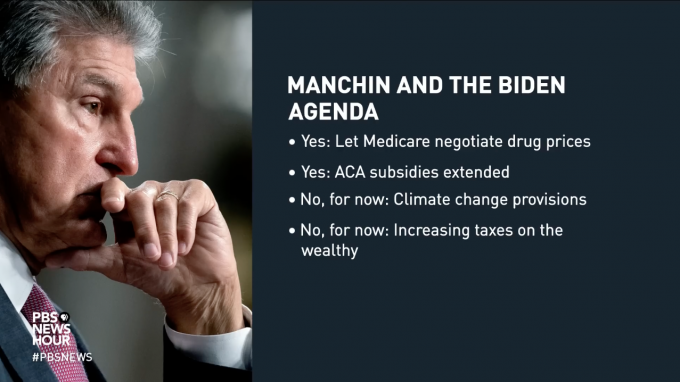 Other leading Democrats weighed in on Manchin as well.

We have an opportunity to address the climate crisis right now. Senator Manchin’s refusal to act is infuriating. It makes me question why he’s Chair of ENR.

Manchin’s decision is based on concerns about inflation being boosted even higher if Biden spends a significant amount of money via his Build Back Better plan.

The media are also slamming Manchin.

MSNBC reported on Manchin and included a New York Times story on the West Virginia Senator.

PBS reported on the cost of the climate change provisions that Manchin blocked. 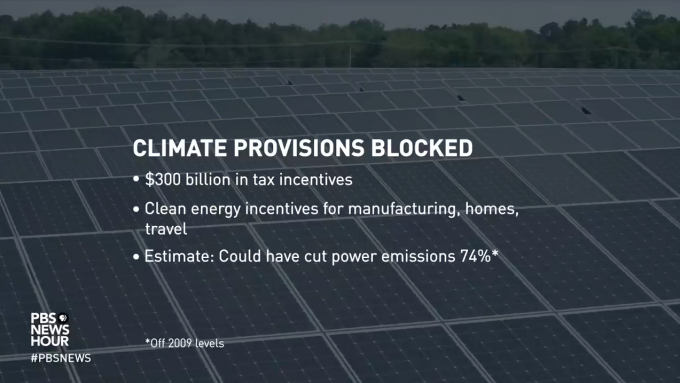 With the president’s climate change agenda on hold, Biden is threatening executive action.

UPDATE: In a statement, Biden warns: "If the Senate will not move to tackle the climate crisis and strengthen our domestic clean energy industry, I will take strong executive action to meet this moment." https://t.co/0rzK9NEXME

Democrats are furious at Manchin because they wanted to deliver on their climate change agenda for their base before the midterm elections in November.