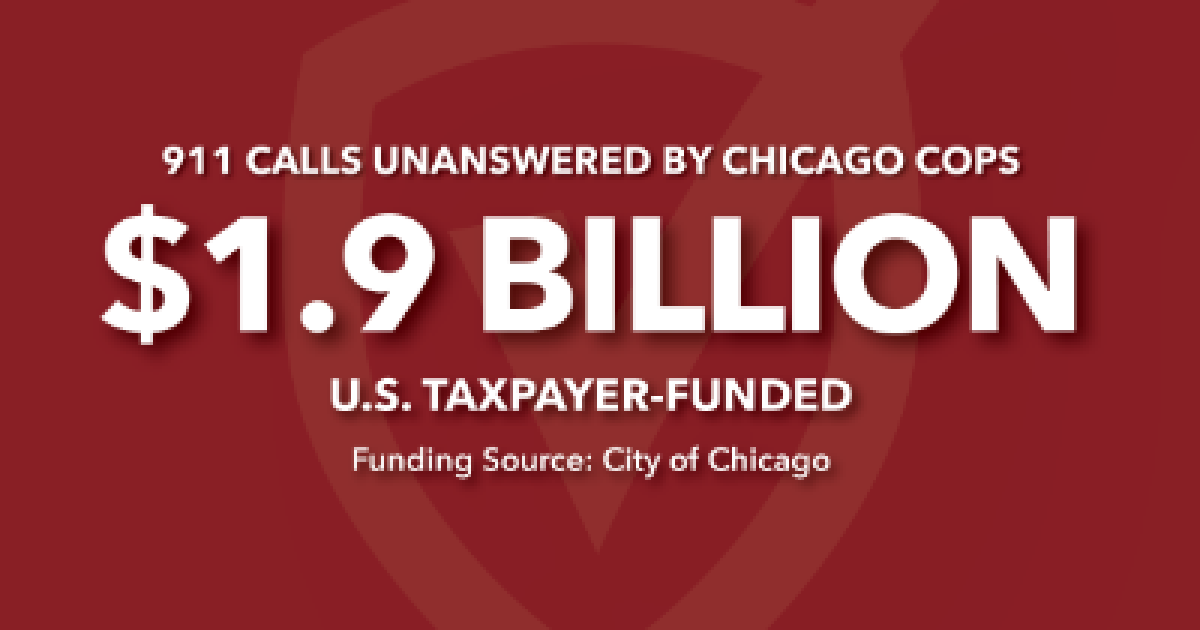 The Chicago Police Department is spread so thin that in 2021 more than half of high-priority emergency service calls were not responded to.

Wirepoints blog reported this astounding figure, uncovering data through public records requests to the Chicago Police Department, showing that there were 406,829 incidents of high-priority emergency service calls where no police responded.

High priority calls include “Priority Level 1 incidents,” which represent “an imminent threat to life, bodily injury, or major property damage/loss,” and “Priority Level 2 incidents” are when “timely police action…has the potential to affect the outcome of an incident.”

Responding to 911 calls in a timely manner is one of law enforcement’s most basic functions, but the police force shrunk so much that it can’t function properly.

Before George Floyd’s police-involved death set off riots, and before the Covid-19 pandemic wreaked havoc, there were only 156,016 instances where dispatchers had no police available to send, Wirepoints reported. That’s 19 percent of high priority 911 service calls made in 2019.

While Chicago Mayor Lori Lightfoot said she’s opposed to defunding police, she cut their budget by $80 million in 2021, with about $34 million of that coming from cuts in vacant positions.

As police left the force, Lightfoot didn’t replace them even as crime continued to surge.

So far this year, Chicago Police lost 300 officers, its staffing hitting a new low as hundreds have resigned while the city faces a crime wave and cut funding, The Daily Mail reported.

Over the past three decades, the number of police hadn’t dropped below 12,000 but numbers from March 30 this year show only 11,669 officers.

After cutting $80 million in 2021, Lightfoot “refunded” the police following the shooting death of Chicago Officer Ella French. Lightfoot’s 2022 spending plan increased the Chicago Police Department’s annual budget to $1.9 billion, up from $1.7 billion in 2021.