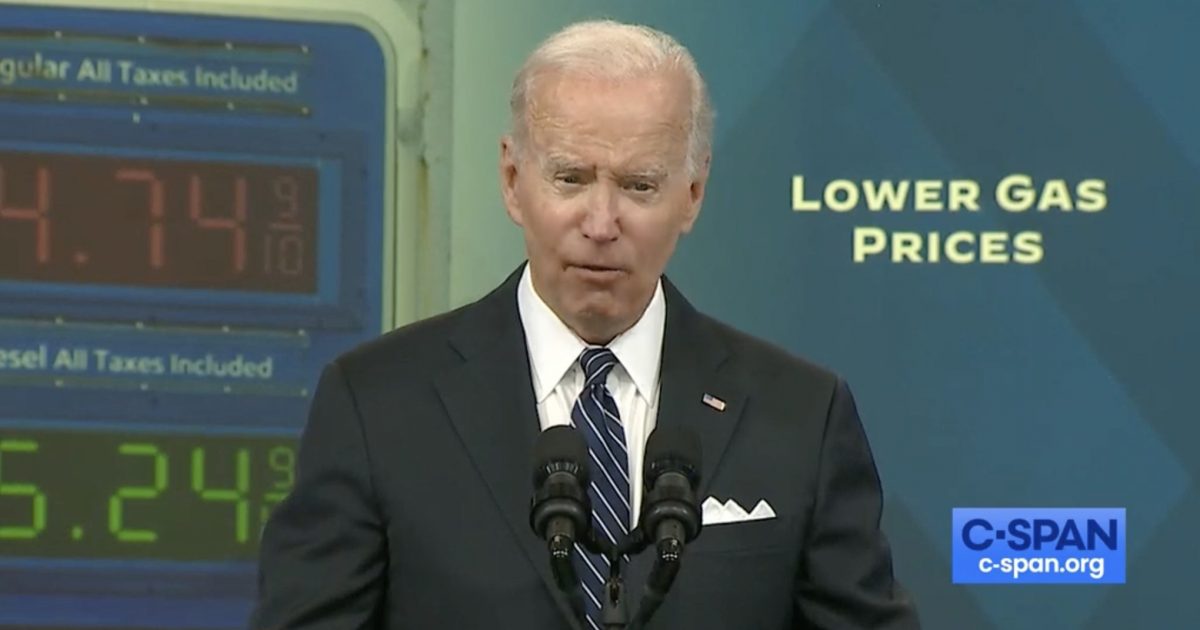 Never underestimate the ability of Democrats to deny reality, while twisting the truth in pursuit of their radical agenda.

On multiple occasions Biden said he didn’t discuss his son Hunter’s business deals with foreign countries, the Inflation Reduction Act (IRA) will reduce inflation, and renewable energy is the solution to our country’s energy needs, to name a few.

These deceptions are so deep they bring to mind the famous scene in the Marx Brothers’ movie “Duck Soup,” where Mrs. GloriaTeasdale (Margaret Dumont) watched Groucho Marx (Rufus T. Firefly, leader of “Freedonia”) leave her room only to find Chico Marx (Chicolini) dressed and made-up as Groucho, who was hiding under her bed.

Seeing Chico in her room and thinking it’s Groucho, she says, “Your Excellency! I thought you’d left. But I saw you with my own eyes.”

Chico responds with the classic line, “Well, who ya gonna believe me or your own eyes?”

That’s the same question every American should be asking themselves before the 2022 election: Who are you going to believe? Democratic Party lies or your own eyes?

Perhaps the most visible example of Democratic deception to most Americans is Biden’s Green New Deal push.

The Democrats, led by Biden, tell us renewable energy will deliver us from fossil fuel energy dependence.

Like it or not, the world runs on fossil fuels. Renewable energy can’t fill the void.

Europe is learning that lesson the hard way.

Russian President Putin decided to play politics with natural gas and the huge investment in renewable energy didn’t deliver. Europe now finds itself in the midst of an energy crisis.

Across the U.S., Americans are seeing and experiencing high energy prices at the gasoline pump and in utility bills.

Disturbingly, high energy prices are not the only problem.

News over the past year is pointing to third-world energy shortages.

Over the summer, California had blackouts during a heat wave.

To keep the lights on the governor’s office encouraged the state’s residents to conserve energy by raising the home temperature over a set number of hours to 78 degrees or even higher and not to use appliances.

The basic problem was the supply of energy couldn’t keep up with demand.

The problem with California’s energy supply is a result of the state’s dependence on renewable energy.

An ABC News story pointed to the challenges of solar power:

“The solar supply decreases toward the end of the day, prompting the calls to reduce energy use after 3 p.m. or 4 p.m. There can also be uncertainty with solar supply due to factors such as cloud cover and smoke from wildfires, as the state battles several blazes.”

Summer is not the only challenge for states that are reducing their use of coal and nuclear energy even though the latter doesn’t emit carbon dioxide.

A recent Wall Street Journal story warned New England states might face blackouts if there is a cold snap of weather during this winter.

The electricity challenges are due to states essentially eliminating coal as a power source for the power grid and also reducing nuclear power.

As a result, New England is extremely dependent on natural gas but the region doesn’t have the pipeline infrastructure to deliver enough of the fuel when in high demand.

The region was supplementing the supply of natural gas by using liquified natural gas (LNG) from ships but this year it will be harder to get supply because of increased worldwide demand due to Russia’s invasion of Ukraine.

The region also has renewable energy mandates to force the use of this power source, but wind and solar power only provide about 12 percent of the electricity for its power grid.

The possible blackouts will occur when natural gas is used to heat homes, leaving power operators short of supply.

Instead of whining to Granholm, the governors should have recognized the limitations of renewable energy and advocated for a diverse source of power plant fuel and sought the construction of refineries and natural gas pipelines in the region.

Thanks to Democrats’ Green New Deal policies that replace fossil fuels with renewable energy, Americans are suffering from high energy costs and the possibility of blackouts and cold homes.

Experiencing a third-world energy shortage in the U.S. is a reality that Americans can believe with their own eyes.
__________
Dr. Tom Borelli is a contributor to Newsmax TV and co-hosts radio programs on SiriusXM Patriot with his wife, Deneen Borelli. Read Dr. Tom Borelli’s Reports — More Here.