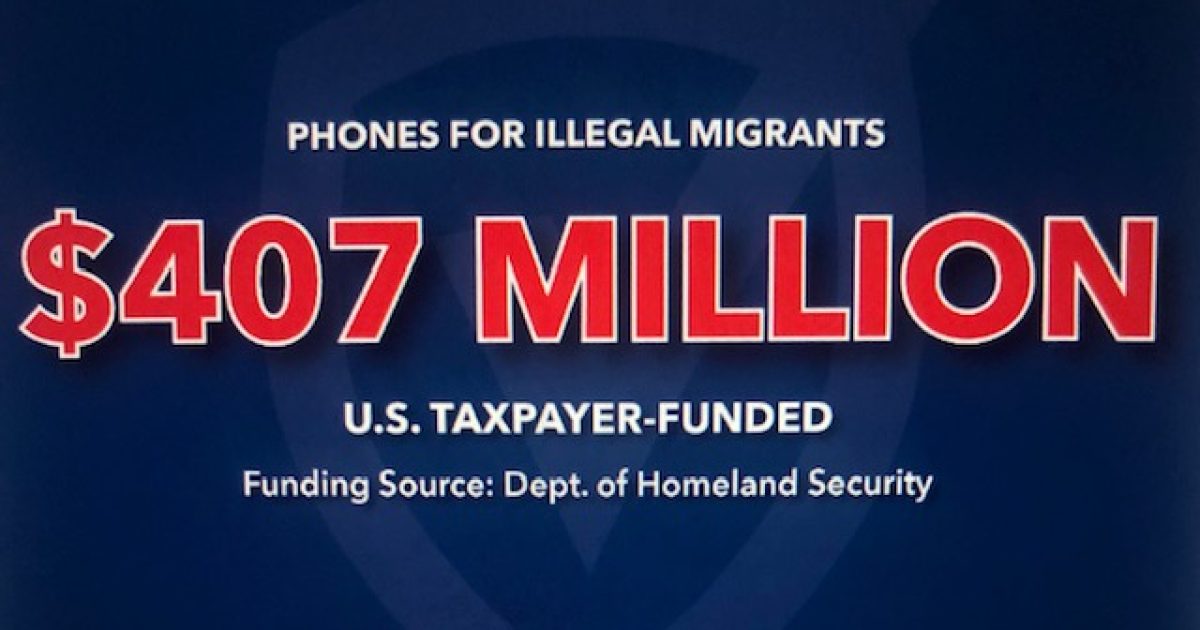 The dramatic surge in illegal border crossings in the last 18 months has forced the Department of Homeland Security to get creative quickly.

To keep track of the whereabouts of the millions of crossers as they are released into the United States with only notices to appear before an immigration judge at a later date, DHS is using SmartLINK cell phones as one tool in the alternatives-to-detention toolkit, costing an estimated $407 million per year.

The number of SmartLINK users has exploded, now at 256,000, using facial recognition and GPS monitoring, according to Border Report. When U.S. Immigration and Customs Enforcement requests, migrants must take photos of themselves, so they can be tracked through GPS.

The phones are used only for tracking someone who entered illegally, and don’t have internet access. The person in possession of the phone can only take a call when an ICE agent is trying to reach them, according to Border Report. Migrants also have access to calendar items with dates for upcoming court appearances.

Proponents tout SmartLINK monitoring as a less costly alternative to detaining someone. The cost per device, is about $4.36 per day rather than $140 to hold someone in detention. A bargain? With 256,000 in use that comes in at over $1.1 million each day, or $407 million per year.

ICE estimated the number of SmartLINK users has increased by more than 880 percent from the first quarter of fiscal year 2021, Border Report said.

On top of the SmartLINK monitoring, there are 41,000 people being monitored via GPS ankle bracelets, and 20,000 via telephone reporting, bringing the total of people under the alternatives-to-detention program close to 317,000, according to data tracking the program.

While the program is far less costly than detention, there’s no data to prove its effectiveness and what incentive migrants have for hanging on to the devices once they are released.
__________

Adam Andrzejewski – The #WasteOfTheDay is brought to you by the forensic auditors at OpenTheBooks.com