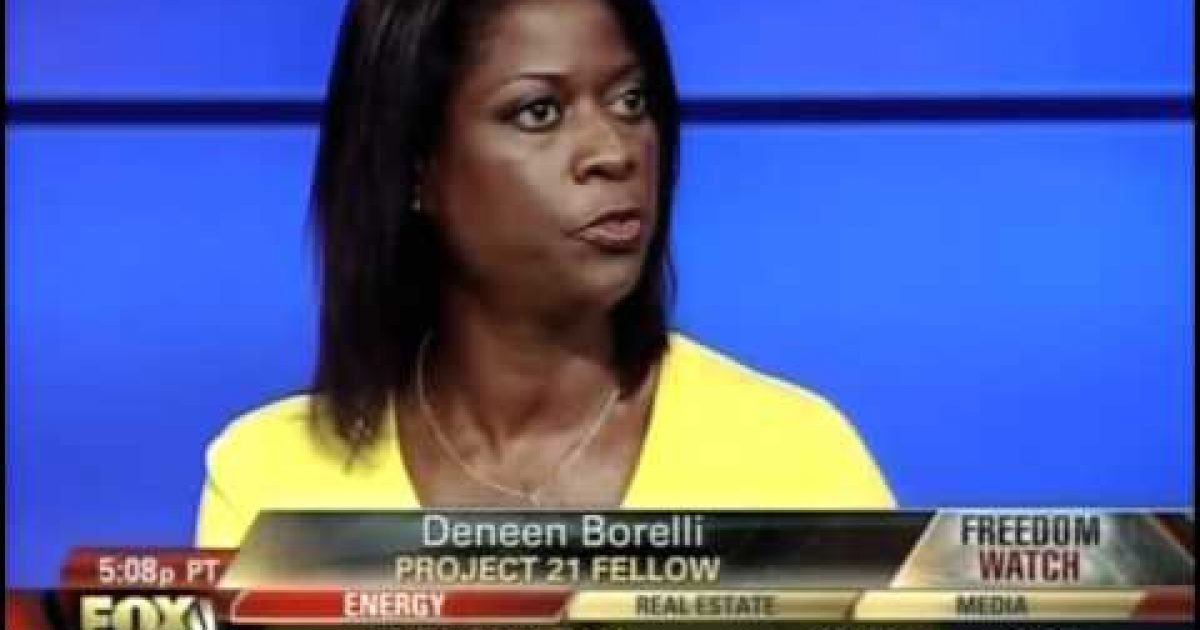 Deneen says the economic agenda of the Obama Administration “are harming all Americans” and the Congressional Black Caucus — which specifically faults the President for very high black unemployment — is part of the problem for supporting the same and similar progressive economic policies. Deneen also calls out the CBC’s Representative Andre Carson (D-IN) for his recent incendiary racial comments about the tea party movement, noting that liberals such as Carson are afraid of losing their influence and “don’t want the tea party message of liberty and freedom” to continue to gain momentum.

This conversation with guest host Charles Payne took place on the 8/31/11 edition of “FreedomWatch” on the Fox Business Network.