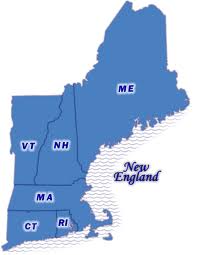 Sweet revenge…just imagine if the New England states had to pay the price for its liberal environmental views.

President Obama’s war on coal, which has been backed by the region’s elected officials, has forced coal-fired power plants to close making New England extremely dependent on natural gas for its electricity.

The recent cold weather caused a surge in power demand and has exposed the limitations of the gas pipeline infrastructure that is not big enough to supply the region.

As a result, prices are spiking and the region’s power needs are being supplemented from New York’s Indian Point nuclear power plant.

The details of New England’s energy problem was covered in a New York Times story, ‘In New England, a Natural Gas Trap.’

“Frigid temperatures and the snowstorm that hammered parts of the Northeast last week have revived concerns about the lack of alternatives to natural gas. Many plants that ran on coal or oil have been shuttered, and the few that remain cannot be put into service quickly enough to meet spikes in demand.”

“The sin-state New England region and parts of Long Island are the most vulnerable now to overreliance on gas, a vulnerability heightened by a shortage of natural gas pipeline capacity, but officials worry that similar problems could spread to the Midwest.”

What’s bad news for New England might be good news for investors. A writer for Seeking Alpha, an investment website, recommended two stocks that could benefit from the region’s energy problem.

If the lights go out in New England, I hope the citizens hold their Representatives responsible for their ongoing support of the EPA which is waging President Obama’s war on coal. In the meantime, I’m thinking of following the investment recommendations to profit from the irrational progressive policies.