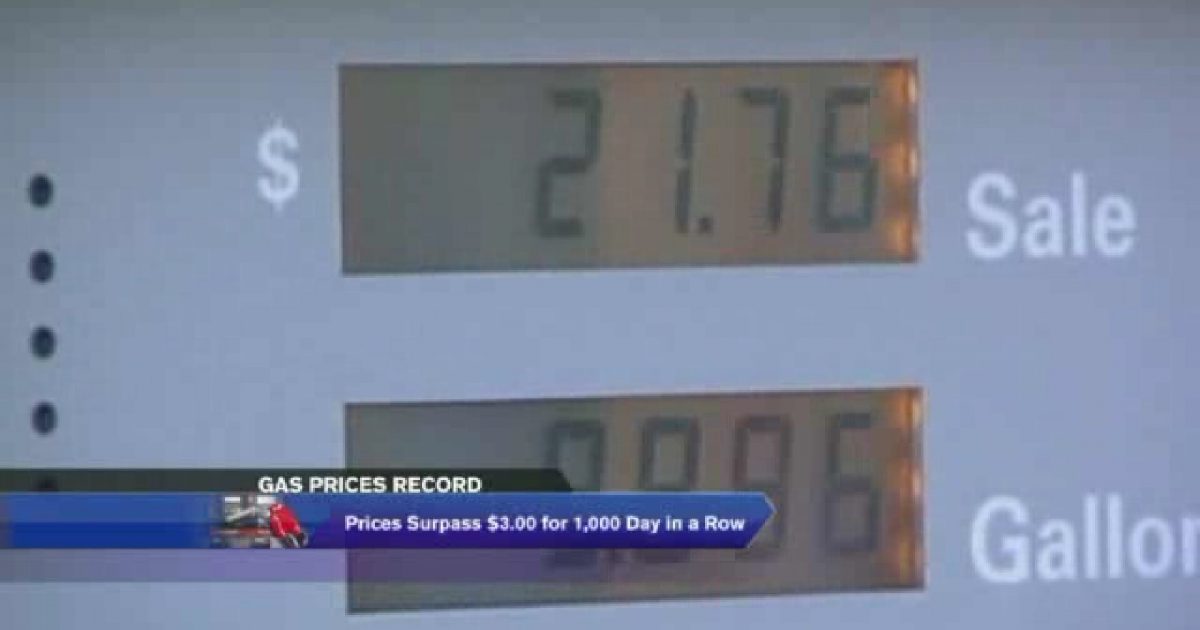 Pain at the gas pump can’t be denied.

Drivers across the country are experiencing high gasoline prices and it’s taking a chunk out of families’ disposable incomes.

According to AAA, today marks the 1000th consecutive day of gas prices over $3 a gallon. The national average for regular gas is $3.52 a gallon and doesn’t seem to be going down anytime soon:

“Paying less than $3.00 per gallon for gasoline may be automotive history for most Americans, like using 8-track tapes or going to a drive-in movie,” said Bob Darbelnet, CEO of AAA. “The reality is that expensive gas is here to stay.”

Representative Doc Hastings (R-WA) and Chairman of the House Committee on Natural Resources, highlights the consequences of high gasoline prices on consumers:

According to an analyst from Cameron Hanover, for every penny the price of gasoline increases, it costs consumers an additional $4 million per day. That equals $1.4 billion over an entire year. Even the smallest increase in gasoline prices has a significant impact on our economy.

The U.S. can help insulate ourselves from these energy spikes and help our economy by actively producing our own American energy resources. This includes more American produced oil, natural gas, coal and nuclear, along with alternative sources such as wind, solar, hydropower and geothermal. Producing more American energy will lower prices, create new American jobs, reduce our dependence on foreign oil, strengthen our national security and raise revenue to help tackle the $16 trillion national debt.

Hastings outlines a great plan for energy independence and the associated economic benefits.

Too bad President Obama’s war on fossil fuels is blocking our path to prosperity.