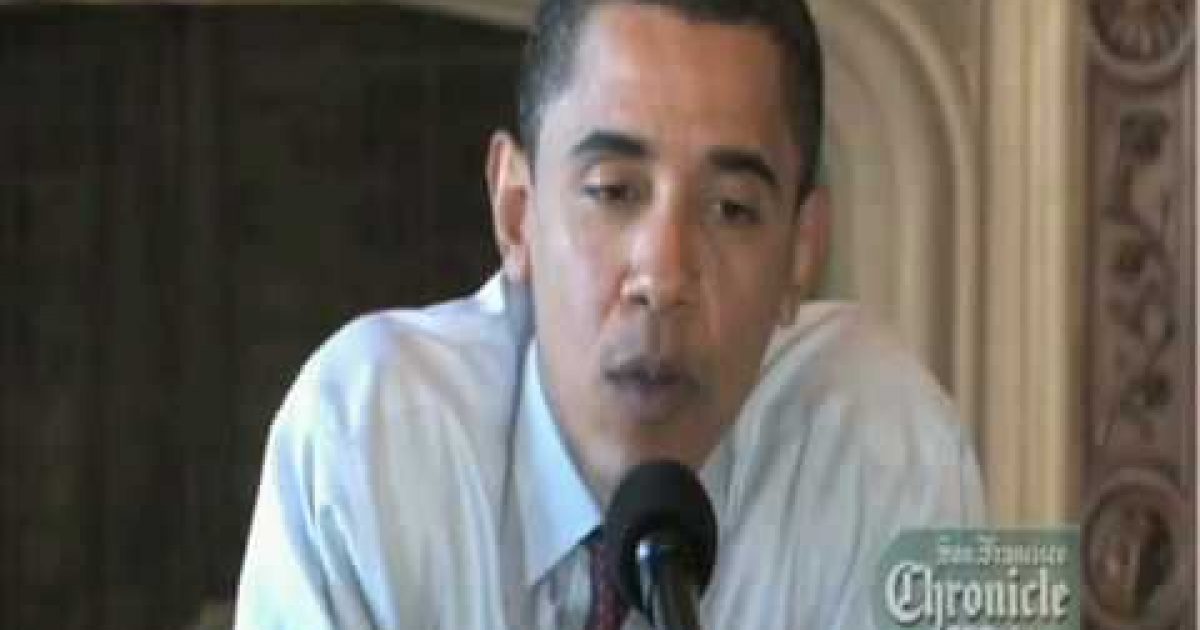 President Obama’s views on campus free speech might surprise most college liberals, who consider the former law professor to be an ally in the social justice movement and the “war against micro-aggression.”

The New York Times transcribed some segments of Obama’s radio interview with NPR, focusing -of course- on his comments disparaging Donald Trump. But hidden far beneath the headline was something way more interesting and potentially controversial: President Obama doesn’t agree with the shout-down and aggressive tactics of the Black Lives Matter and Concerned Student 1950 movements.

According to The New York Times:

“I think it’s a healthy thing for young people to be engaged, and to question authority,” Mr. Obama said. “I do think that there have been times on college campuses where I get concerned that the unwillingness to hear other points of view can be as unhealthy on the left as on the right.”

He cited as examples student protests last year of planned appearances by Christine Lagarde, the head of the International Monetary Fund, at Smith College, and Condoleezza Rice, the former secretary of state, at Rutgers University that led both women to withdraw.

“Feel free to disagree with somebody,” the president said, “but don’t try to just shut them up.”

First of all, I’m a little surprised the Times didn’t go back and secretly remove this quote to protect the President, like they did last week.

But now that Obama’s criticism is out there, are Black Lives Matter and the Concerned Student 1950 groups going to hold him to the same ridiculous standard as the rest of the political figures they’ve shouted down?

Or in classic progressive fashion, do you think they will sweep this under the rug and forget he ever said it because it doesn’t fit with their political agenda?