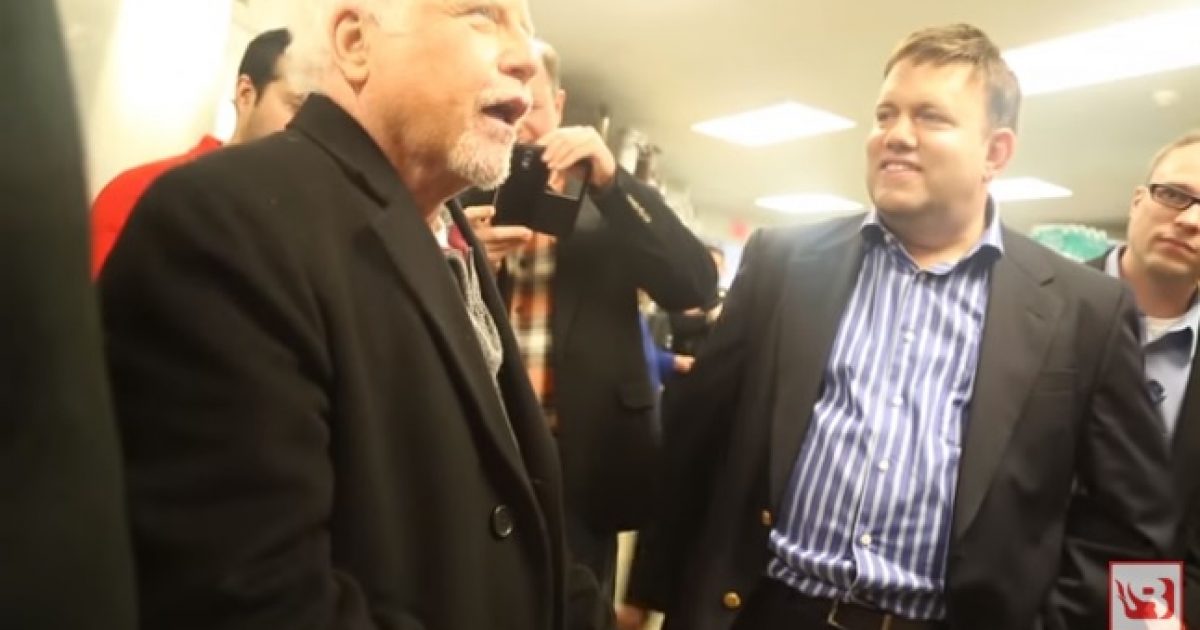 Spotted: renowned Hollywood actor Richard Dreyfuss sitting in the front row of a Ted Cruz rally in Iowa. Is he shopping around to make a presidential endorsement?

At a Ted Cruz rally in Ames, Iowa, over the weekend, Glenn Beck told the crowd what had just happened to him backstage. “This guy passes me and I’m like, ‘Man, that guy looks like Richard Dreyfuss,’” Beck said. It was.

Then Beck said he was asked if he had yet met the legendary actor: “No, I don’t usually hang out in his circle,” Beck said he replied, which drew laughter from the audience.

“I said, ‘Mr. Dreyfuss, nice to meet you. Why are you here?’ and he said ‘I heard there was a good movie,’” Beck recounted, adding that the pair proceeded to have “the most amazing conversation.”

Dreyfuss kept a low profile at the event, not commenting too much on his political leanings. But it is very interesting to see a Hollywood fixture showing his face at a conservative Republican gathering.

He explained in the Dallas Morning News:

He quietly nabbed a reserved front-row seat as Cruz made his own entrance. Afterward, in a brief interview, he said he wasn’t there to support Cruz and isn’t supporting any candidate.

“It’s the politics of my country, so I’m interested,” he said. “No,” he said, when it was pointed out that his presence suggested support. “It suggests that I’m interested in what he has to say.”

“We come at it from different places. But he reveres the Constitution and the Bill of Rights. When you seek to be the president of a country that has 300 million people, you can’t get everyone on the same platform. You can’t. But if you can make it clear that the most important things are shared, then fine.”

Watch an interaction between Glenn Beck (who has endorsed Ted Cruz) and Dreyfuss here: