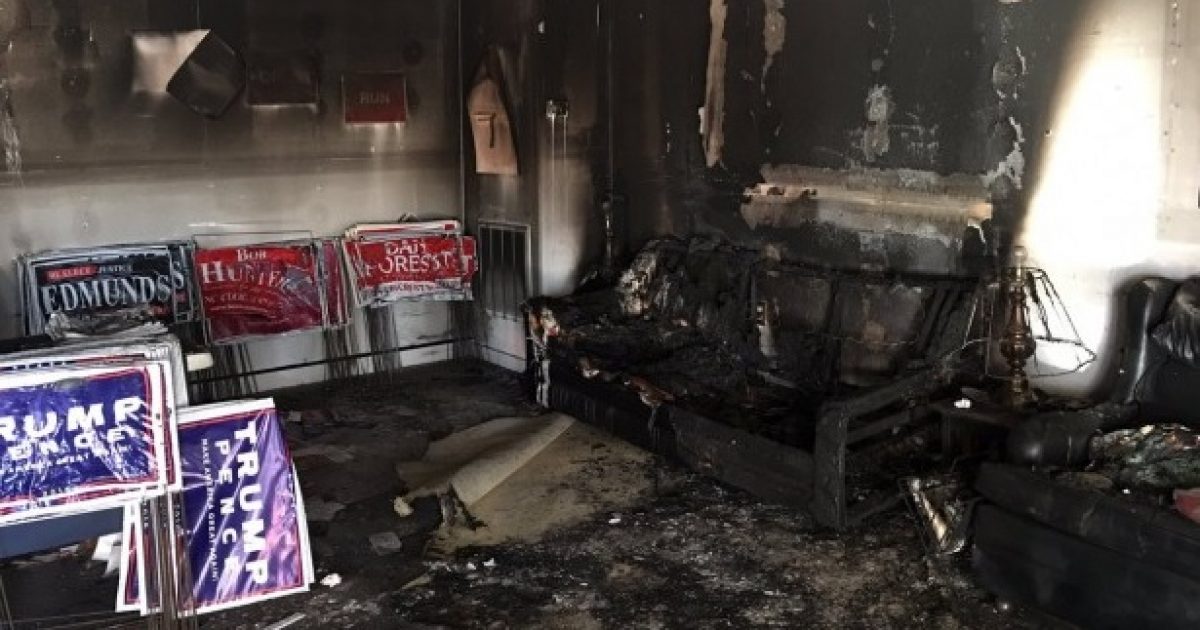 The attack on the Orange County HQ @NCGOP office is horrific and unacceptable. Very grateful that everyone is safe.

Spray painted on the side of the OCGOP when it was fire bombed "Nazi Republicans leave town or else" pic.twitter.com/gvduwIpjMw

While this incident brought out the ugliest side of politics, it also gave citizens the opportunity to put the election aside and unite as one community.

In the hours after a Republican field office in central North Carolina was firebombed, Democrats came together to raise more than $13,000 in a matter of hours to help reopen the destroyed building. David Weinberger, a research fellow at Harvard, started a GoFundMe campaign Sunday with the goal of raising $10,000 to help with the building. According to BuzzFeed, the campaign reached it’s goal in less than 40 minutes.

Weinberger told BuzzFeed News that he started the campaign after seeing a tweet from Zeynep Tufekci of UNC, who urged Democrats to help the Republicans. “Zeynep’s idea of having Democrats contribute to re-opening a Republican office that was a victim of political terrorism — no matter who was responsible — struck a chord with me, and apparently with lots of other people,” he said.

On the GoFundMe page, Weinberger wrote: “As Democrats, we are starting this campaign to enable the Orange County, North Carolina Republican office to re-open as soon as possible. Until an investigation is undertaken, we cannot know who did this or why. No matter the result, this is not how Americans resolve their differences. We talk, we argue, sometimes we march, and most of all we vote. We do not resort to violence by individuals or by mobs. So, let’s all pitch in , no matter what your party affiliation, in and get that office open again quickly.”

This fundraising effort is a refreshing reminder that we may be divided as Democrats and Republicans during election season, but we are all still first and foremost Americans.