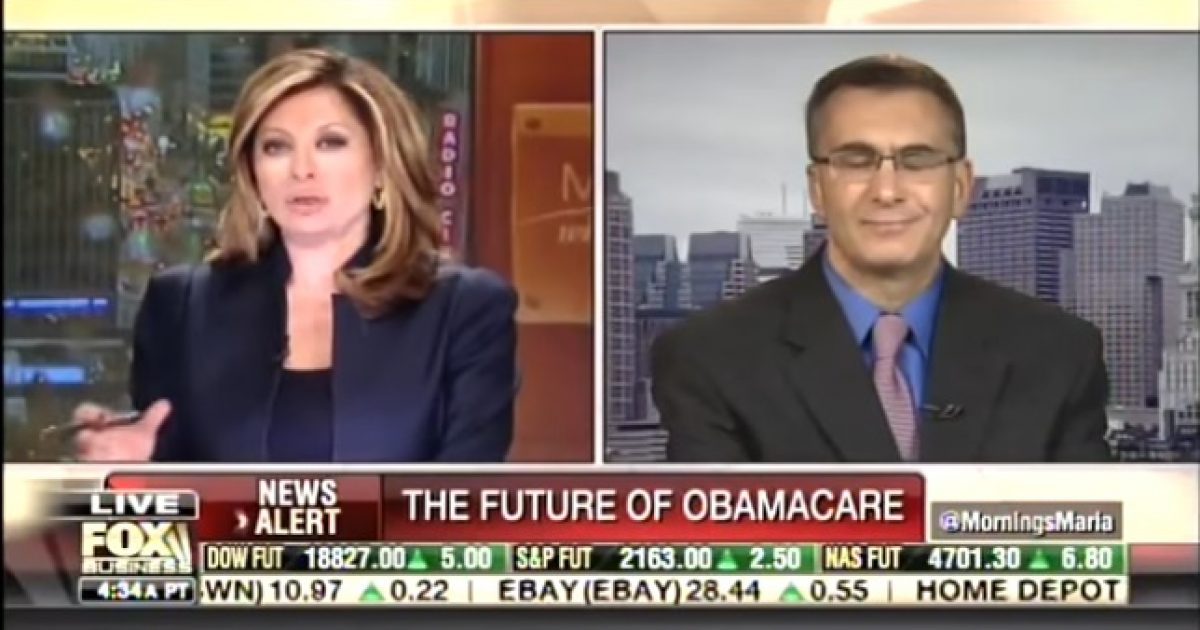 According to Obamacare architect Jonathan Gruber, the health care law passed thanks to the “stupidity of the American voter,” and it’s failing because of the stupidity of private sector health care companies.

While Gruber’s smug level was higher than ever on the Fox Business channel, anchor Maria Bartiromo was having none of it.

Fox Business host Maria Bartiromo ripped into Johnathan Gruber — the architect of Obamacare — for more than 10 minutes Tuesday during a very contentious interview. Gruber, who infamously called the American people “stupid,” alleged that “Obamacare has actually saved people money” and that press coverage of the ailing law has been completely dishonest.

Instead, Gruber said the rising costs of health care were due to a transition in the health care market, claiming that health care giants like United HealthCare and Blue Cross Blue Shield are pulling out of Obamacare because “this is a new and innovative insurance market for which they’re not prepared.”

… “It’s very hard to make the case that you’re making knowing what the reality is, and the reality is families cannot afford Obamacare,” Bartiromo replied. “And the reality is premiums for families across the country have skyrocketed, and even if you’re in a plan with your company like you say so many people are, companies are not hiring more workers because they are being forced to provide health care.”