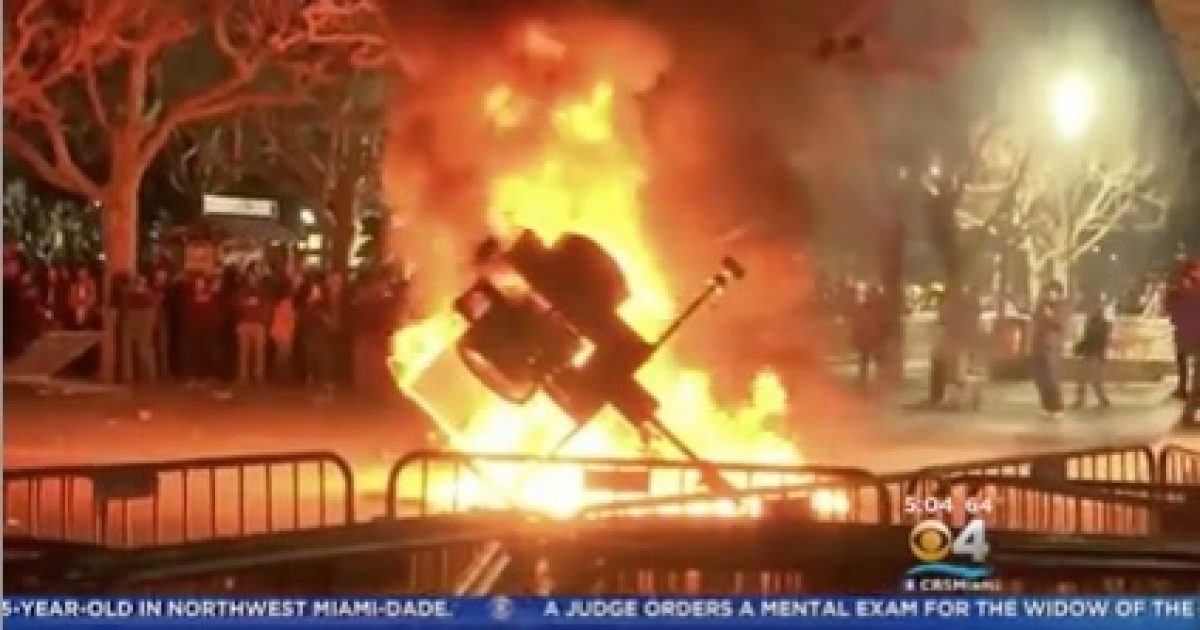 Yiannopoulos was scheduled to speak at the university but the event was canceled because of the destructive action of violent protesters.

“If U.C. Berkeley does not allow free speech and practices violence on innocent people with a different point of view – NO FEDERAL FUNDS?”

The rioters expose the intolerance of progressive activists. The left supports free speech as long as it agrees with their worldview.

The speech was canceled by UC-Berkeley police as security failed. Yiannopoulos was evacuated from the area.

“The left is profoundly antithetical to free speech these days, does not want to hear alternative points of view, and will do anything to shut it down,” Yiannopoulos told Fox News host Tucker Carlson in an interview on Wednesday night. “My point is being proven over and over and over again.”

Trump sent the right message to the university because it gives the institution a huge financial incentive to protect free speech.