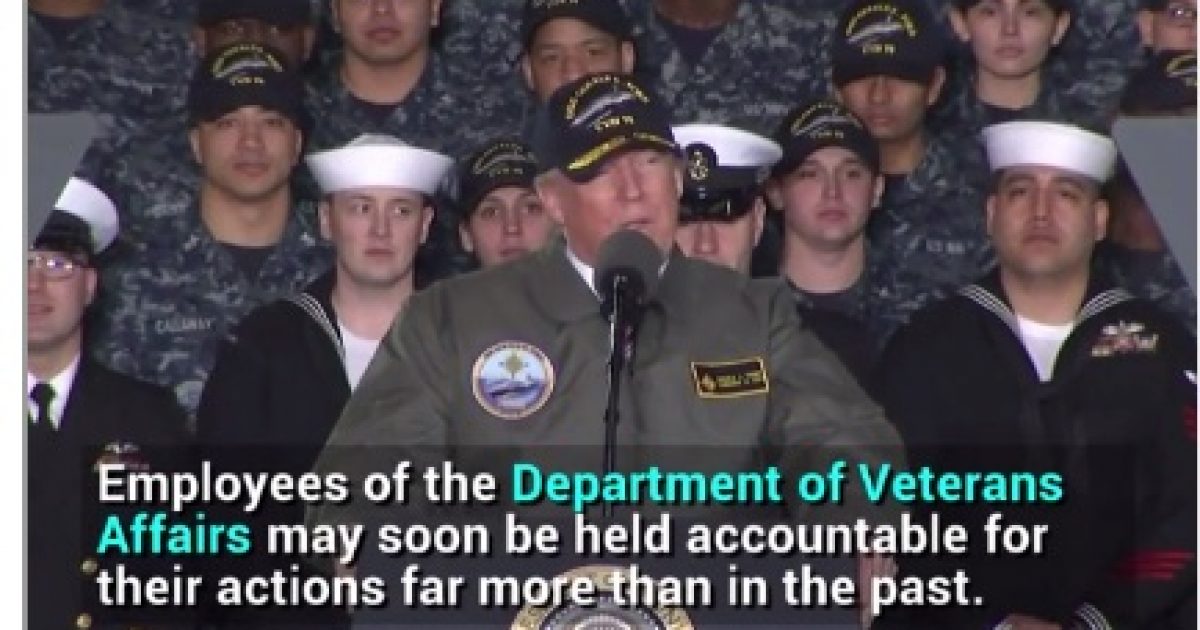 Under the leadership of VA Secretary David Shulkin, over 500 employees were fired since January with many others suspended.

The VA has removed 526 employees since Jan. 20, according to the accountability report released on Friday. Agency officials have demoted another 27 employees and temporarily suspended an additional 194 employees for longer than two weeks. The list does not include the employees’ names but shows their positions.

In addition, Trump signed a bill that will make it easier to fire incompetent employees at the Department of Veteran Affairs.

The long-sought legislation, called the Accountability and Whistleblower Protection Act, passed Congress by wide margins this month with strong support from both parties. David Shulkin, a hospital management expert and the secretary of veteran affairs, has said the law will make it easier for him to purge problematic workers and restore public trust at an agency still plagued by a 2014 scandal over manipulating patient wait times.

By setting the tone and picking the right team to execute the president’s agenda, Trump is keeping his promise to veterans.