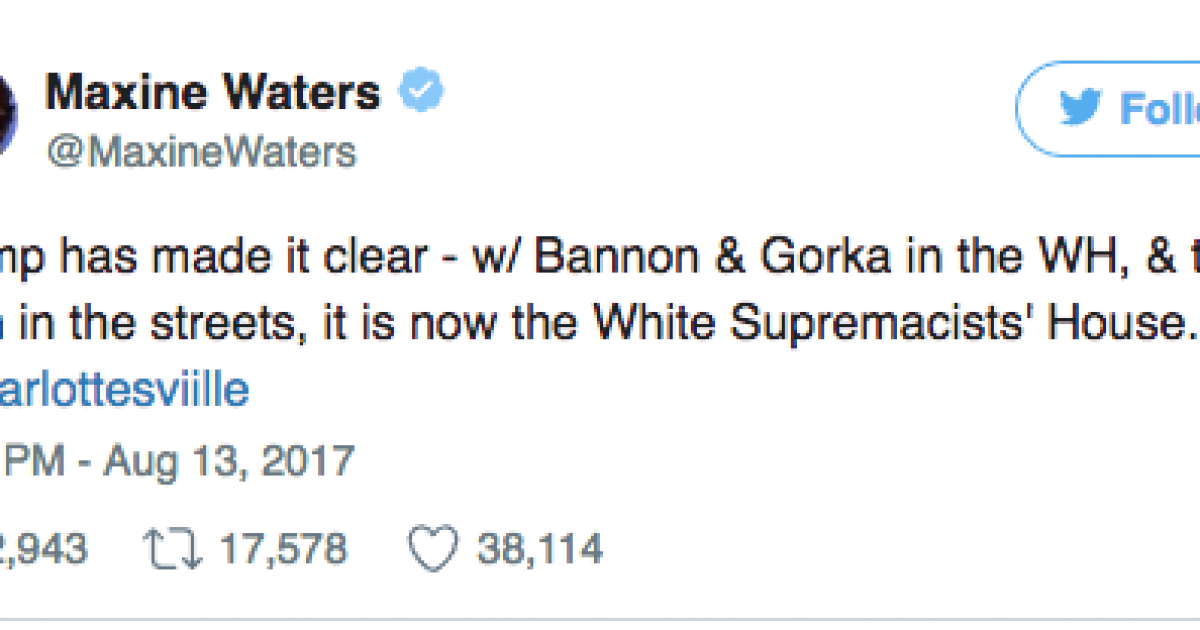 Following the horrific violence in Charlottesville, Virginia, resulting in one death and numerous injuries, Waters called the White House “the White Supremacists’ House,” in response to President Trump’s initial comments over the hate-filled violence.

“Trump has made it clear – w/ Bannon & Gorka in the WH, & the Klan in the streets, it is now the White Supremacists’ House. #Charlottesviille”

“Trump refuses to condemn white supremacists & terrorists who showed up in Charlottesville. Is he sending a signal? Everyone must be careful”

Waters has regularly voiced her disdain towards President Trump and refused to attend his presidential inauguration.