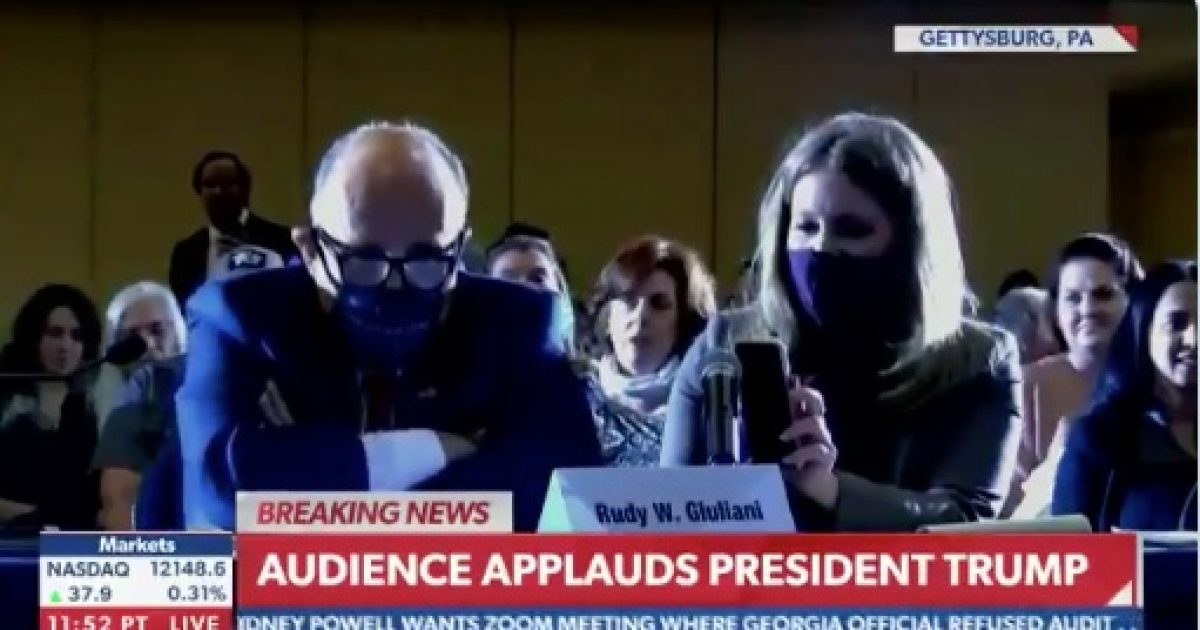 During the call, President Trump said the Democrats “cheated.”

“It would be easy for me to say, ‘oh, let’s worry about four years from now.’ No. This election was lost by the Democrats, they cheated, it was a fraudulent election.”

The president added, “they got caught” and he also complimented Giuliani for doing a great and important job.

"They got caught." – President Trump fires off on the perpetrators of 'fraud,' and applauds Rudy Giuliani for his efforts. https://t.co/VlT7z8drtO pic.twitter.com/aY0wnHVPHp

Comments made by Senator Mastriano during the hearing were strong.

You have to watch this and retweet! Senator Mastriano said it all yesterday at the hearing in Pennsylvania! Now he has been suspended from Twitter! pic.twitter.com/lJuJApRDLu

Giuliani presented evidence on mail-in ballots where over 200,000 “were returned on the day they were mailed.”

Even more outrageous, according to Giuliani, “another 20,000 ballots were returned before they were mailed.”

This video is a bombshell…..any normal person can see this is absolute fraud of 800k votes……

Even the crowd gasps….. pic.twitter.com/33whoS3VSG

The hearing attendees reacted to compelling testimony about the surge of votes in a short period of time that represented spikes on a chart.

When the votes from the spikes for the candidates were analyzed, Biden got about 570,000 votes and President Trump received about 3,200.

WATCH: Crowd gasps after finding out that a mysterious spike of votes in Pennsylvania had 600,000 votes for Biden and only 3,200 for @realDonaldTrump pic.twitter.com/Sa1n3jpyhf

Despite all the evidence accumulating of serious voting irregularities in Pennsylvania, the anti-Trump media are dismissing the president’s case.

It’s outrageous for the media to ignore the evidence and then criticize the president and his legal team for seeking the truth.

The anti-Trump media are the enemy of the people.