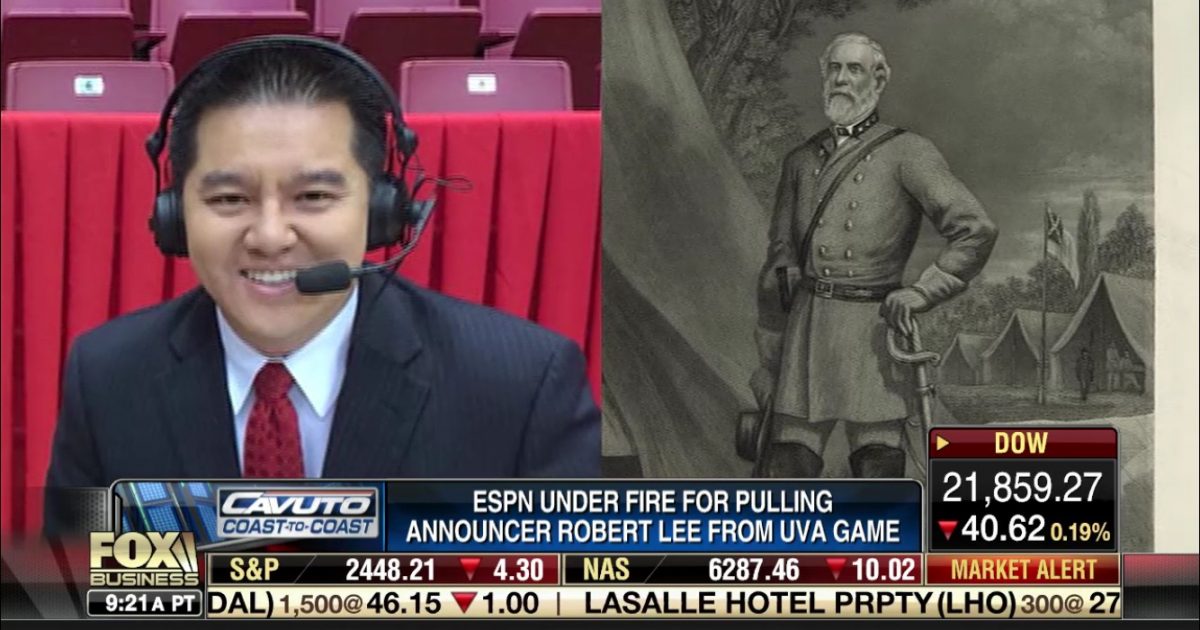 An epidemic of political correctness is infecting the sports world.

Football players are carrying on with on the field protests during the National Anthem – an activity initiated last year by former San Fransisco 49ers quarterback Colin Kaepernick.

On Monday night, 12 Cleveland Browns players decided to kneel and pray while the National Anthem was played.

From The Cleveland Plain Dealer:

The circle of prayer during the anthem, however, attracted most of the national attention after the game. The 12 players who knelt constituted the largest group of NFL players to date to engage in a version of the protest initiated last season by Colin Kaepernick, who refused to stand for the anthem due to what he viewed as the oppression of people of color.

Now ESPN is being criticized for changing an announcer for an upcoming football game at the University of Virginia over his name.

The network was concerned the announcer named Robert Lee might cause a controversy because his name is too close to the Confederate General Robert E. Lee.

The fact that Lee is of Asian descent did not factor into ESPN’s decision.

Trying to avoid one kind of social media backlash, ESPN has stumbled into another with Asian announcer Robert Lee no longer assigned to call the University of Virginia’s home football opener in Charlottesville.

“We collectively made the decision with Robert to switch games as the tragic events in Charlottesville were unfolding, simply because of the coincidence of his name,” ESPN said in a statement. “In that moment it felt right to all parties. It’s a shame that this is even a topic of conversation and we regret that who calls play by play for a football game has become an issue.”

Lifeziette also wrote and produced a video about this issue.

The decision by ESPN shows political correctness is running wild in the broadcast world.