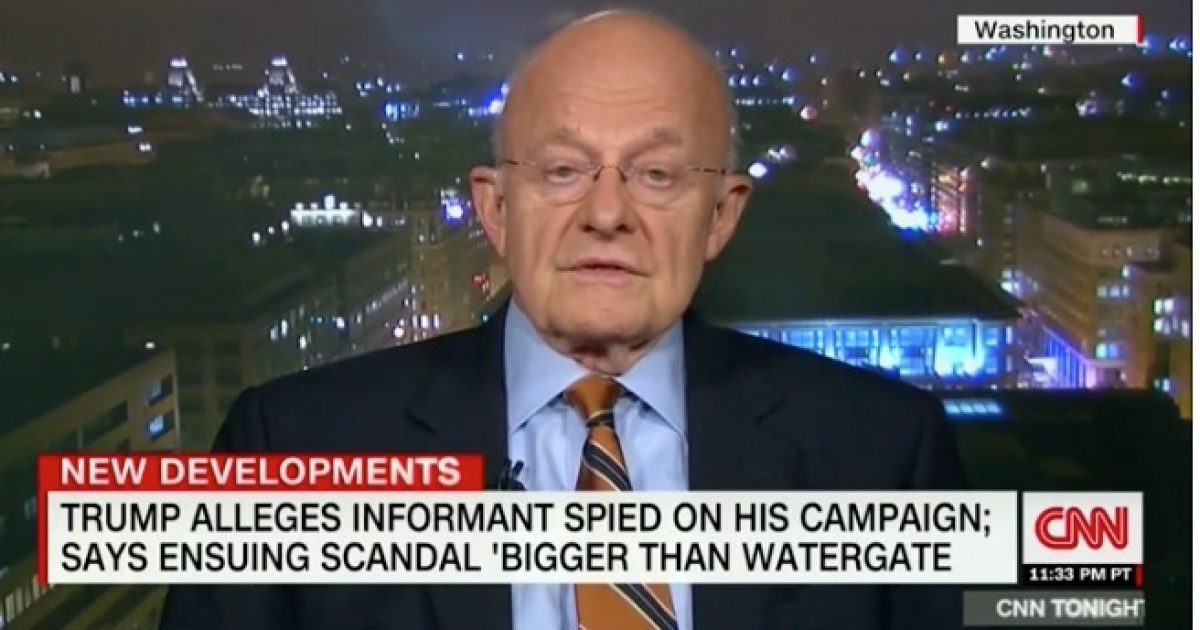 Former Director of National Intelligence and CNN National Security Analyst James Clapper defended the FBI for placing a spy in the Trump campaign.

Clapper made the comments about the FBI during an interview with “CNN Tonight” host Don Lemmon.

Clapper admitted the FBI “may have had someone who was talking to them in the campaign,” referring to President Trump’s 2016 presidential campaign. He explained away the possibility of an FBI informant spying on the campaign as the bureau was trying to find out “what the Russians were doing to try to substantiate themselves in the campaign or influence or leverage it.”

Obama’s Director of National Intelligence then went on to say, “So, if there was someone that was observing that sort of thing, that’s a good thing.”

Clapper also expressed concern about the possibility the spy’s name will be made public because it will make future FBI informants less likely to help the bureau over fears they will be exposed.

Clapper’s defense of the spying effort is part of the Deep State’s effort to normalize the outrageous abuse of power by the FBI.

The former Director of National Intelligence is trying to emphasize concerns of Russia and not the serious matter of the Obama administration spying on political rivals.