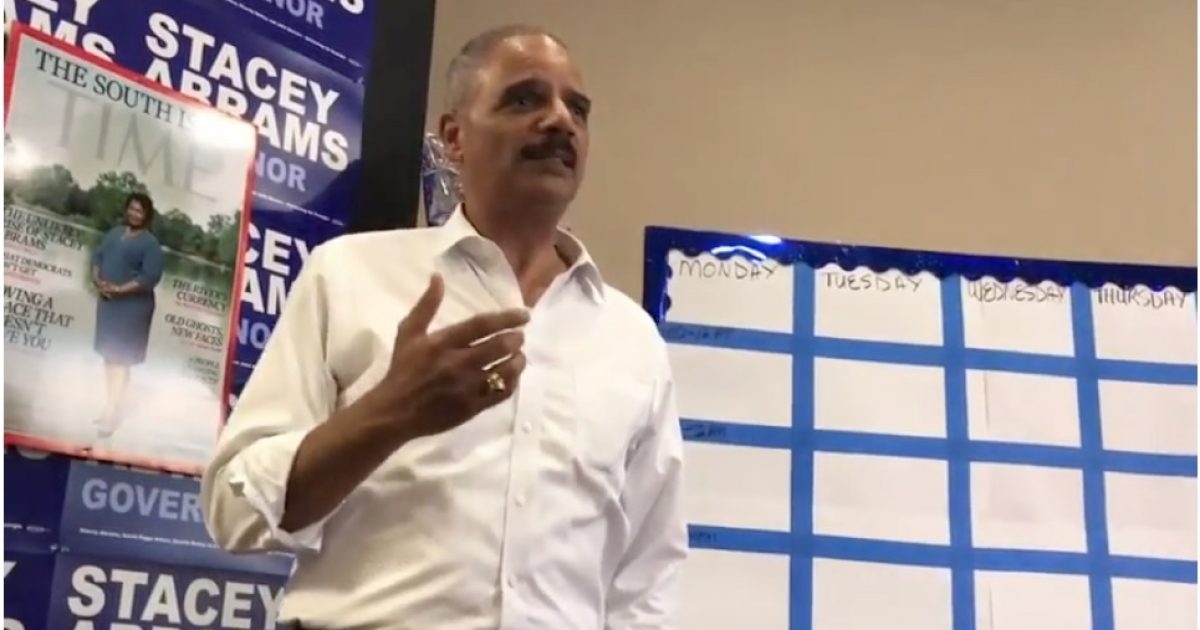 Holder made the comment at a political event in Georgia. Eventually, he dialed back his remark calling for violent action to confront political adversaries.

In an undated video that appears to have come from a campaign swing in Georgia on Sunday, former attorney general Eric Holder notes former first lady Michelle Obama’s high-minded 2016 slogan, “When they go low, we go high.” Then he makes clear he disagrees.

“No, no,” Holder says. “When they go low, we kick ’em. That’s what this new Democratic Party is about.”

The attendees of the event cheered Holder’s remarks.

Holder is supporting Stacey Abrams’ run for governor in Georgia.

SPOTTED: AG @EricHolder with a history-making gubernatorial nominee who understands why fighting for fair redistricting means fighting for the people!

Georgia, @staceyabrams will have the power to veto rigged maps as governor and has committed to rejecting any gerrymandered map! pic.twitter.com/qUOgVn1GmE

Democrats are playing a dangerous game by inciting violence as a political tactic.

Where are the adults in the Democrat party?