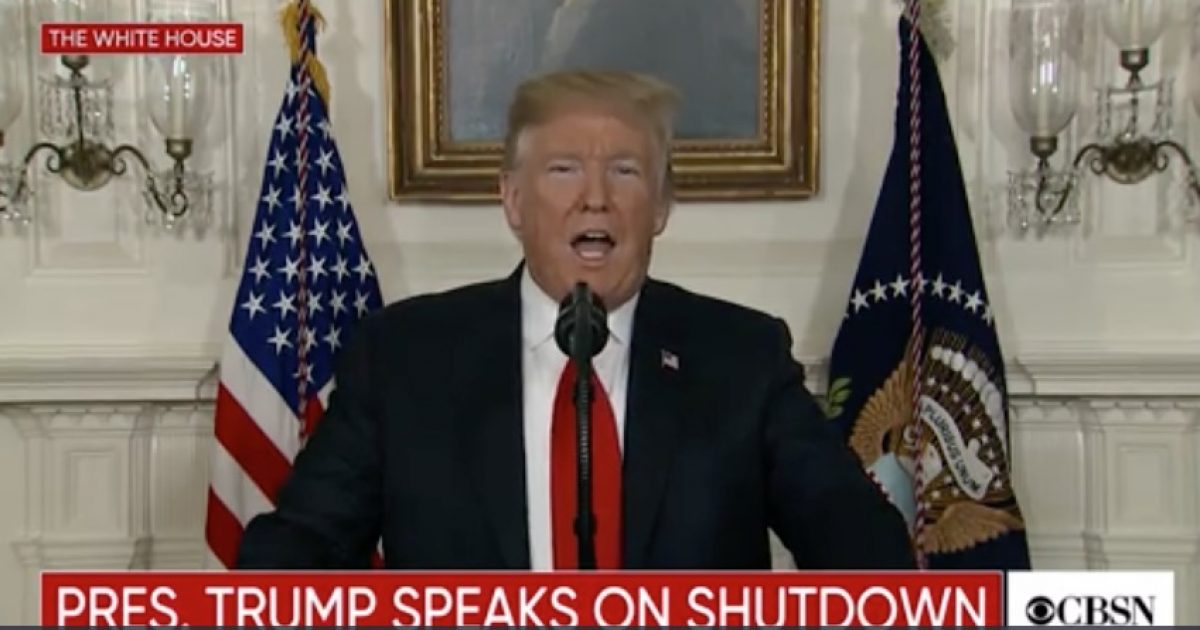 Democrats continue to put politics over the safety and security of Americans.

Over the weekend, President Trump made a major announcement about the crisis along the country’s southern border.

President Trump addressed the nation from the White House on Saturday and proposed a plan on border security including the U.S.-Mexico border wall funding and to end the government shutdown.

That offer, which Trump presented Saturday in a White House address, included giving about 1 million immigrants a three-year protection from deportation in exchange for $5.7 billion in funding for a wall along the U.S. southern border. Those immigrants include 700,000 who were brought to the country illegally as children and remain protected by the Deferred Action for Childhood Arrivals (DACA) program and 300,000 who fled their countries and are facing the expiration of their “temporary protected status.”

Before President Trump delivered his announcement, House Speaker Nancy Pelosi (D-CA) rejected his proposed deal calling it a “nonstarter,” and said the president’s proposals, “do not represent a good faith effort.”

Pelosi said in a statement before the speech that based on reports of the deal, she would not support it, calling it a “nonstarter” which was unlikely to pass the House.

“Unfortunately, initial reports make clear that his proposal is a compilation of several previously rejected initiatives, each of which is unacceptable and in total, do not represent a good faith effort to restore certainty to people’s lives,” Pelosi said. “For one thing, this proposal does not include the permanent solution for the Dreamers and TPS recipients that our country needs and supports.”

Also on board with Pelosi is Senate Minority Whip Dick Durbin (D-IL).

“First, President Trump and Senate Majority Leader McConnell must open the government today. Second, I cannot support the proposed offer as reported and do not believe it can pass the Senate. Third, I am ready to sit down at any time after the government is opened and work to resolve all outstanding issues,” Durbin said.

Nancy Pelosi and some of the Democrats turned down my offer yesterday before I even got up to speak. They don’t see crime & drugs, they only see 2020 – which they are not going to win. Best economy! They should do the right thing for the Country & allow people to go back to work.

Nancy Pelosi has behaved so irrationally & has gone so far to the left that she has now officially become a Radical Democrat. She is so petrified of the “lefties” in her party that she has lost control…And by the way, clean up the streets in San Francisco, they are disgusting!

Democrats are not interested in addressing the crisis along the southern border and continue to downplay the significance of border security for American’s safety.