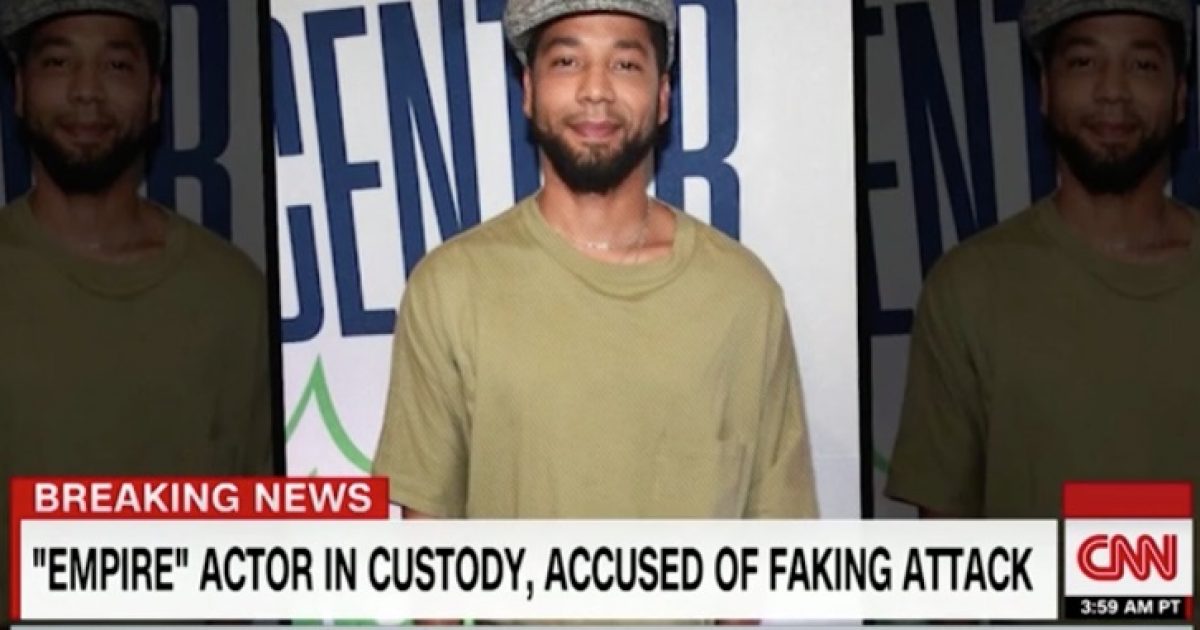 MSNBC’s evening news lineup passed on the opportunity to inform their audience about the felony charge announced against actor Jussie Smollett.

The Chicago Police Department broke the news Wednesday evening that criminal charges were issued against Smollett for a hate crime hoax.

Last month, Smollett filed a police report alleging that two white Trump supporters beat him up in the middle of the night. He claimed these two men poured a bleach-like substance on him and tied a noose-like rope around his neck while shouting racist and homophobic slurs.

Felony criminal charges have been approved by @CookCountySAO against Jussie Smollett for Disorderly Conduct / Filing a False Police Report. Detectives will make contact with his legal team to negotiate a reasonable surrender for his arrest. pic.twitter.com/LvBSYE2kVj

A review of MSNBC’s on-air coverage via Grabien, a television video-clipping service, turned up nothing on Smollett between any of their nightly shows. Instead, each of them spent time discussing a new report that the special counsel’s investigation could wrap up as soon as next week.

With MSNBC, like the other networks, airing reruns of the nightly lineup shows in the middle of the night, the first time the networked aired the newest Smollett developments was at 5:10 a.m. on “Morning Joe First Look” Thursday — roughly nine hours after the story broke.

News of Smollett’s arrest generated sympathy and excuses from CNN host Don Lemon, who questioned if what happened was Smollett’s fault.

Anchor Don Lemon, who said he identified with Smollett because he is also black and gay, was initially quite tough on the alleged hoaxer during his show Wednesday evening. However, Lemon also questioned if it was Smollett’s “fault” that he lied about the attack during an interview with “Good Morning America.”

Liberal networks and tv hosts are doing a disservice to their viewers with their selective reporting and empathy regarding Smollett.