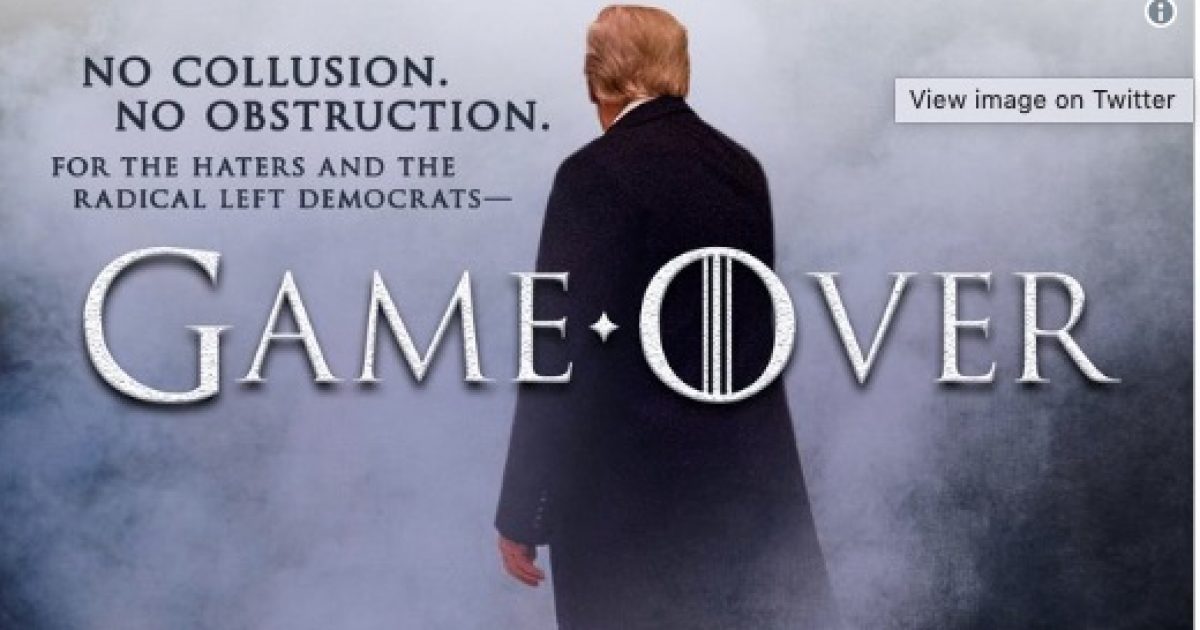 Following the press briefing by Attorney General William Barr before the release of the report by Mueller on Russia’s interference in the 2016 election, President Trump sent the Tweet calling the end of the investigation.

The report with some redactions will be sent to Congress and released to the public today.

Barr summarized the report during his press briefing and stated that no American “conspired or coordinated” with Russia.

In addition, regarding possible obstruction of justice by the president, Barr said: “…the Deputy Attorney General and I concluded that the evidence developed by the Special Counsel is not sufficient to establish that the President committed an obstruction-of-justice offense.”

It is clear Congress and the American people must hear from Special Counsel Robert Mueller in person to better understand his findings. We are now requesting Mueller to appear before @HouseJudiciary as soon as possible. pic.twitter.com/Mmo6PA4KPt

The finding of no collusion and no obstruction is fantastic news for the country but Democrats will continue to overplay their hand.