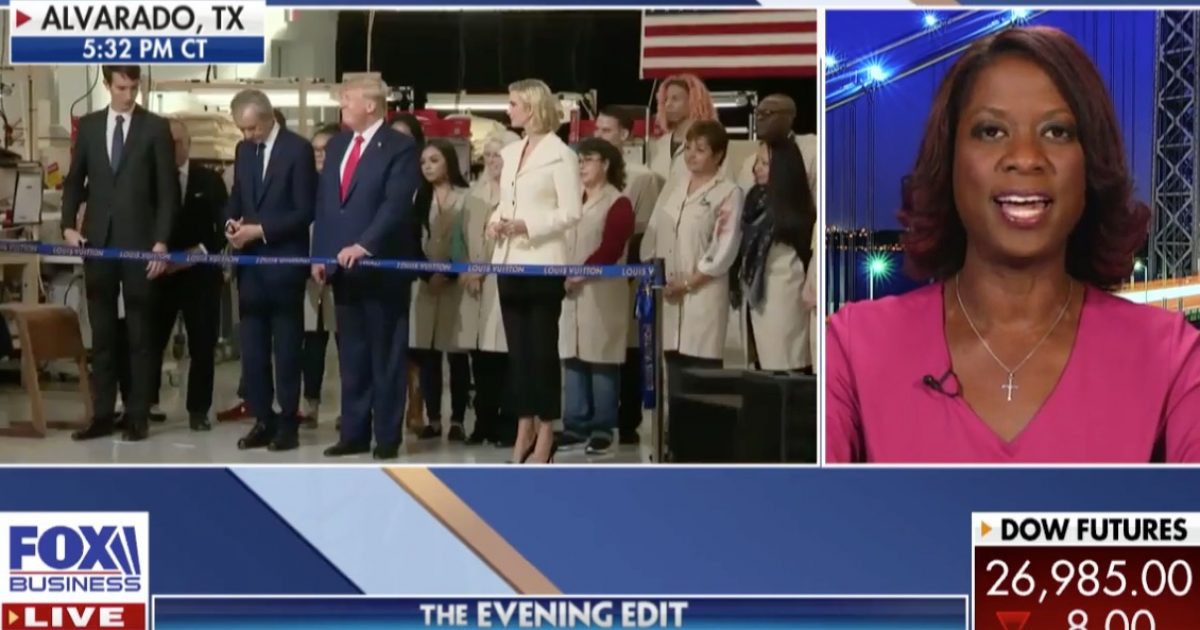 Fox News contributor Deneen Borelli reacted to President Trump speaking at the opening of a new Louis Vuitton factory in Johnson County, Texas, and on the upcoming presidential election on “The Evening Edit,” with host Liz MacDonald on the Fox Business Network.

President Trump toured the new factory and held a press conference from the workshop, where he stressed the importance of investing in America and complimented the employees saying, “No one can match the precision and perfection of an American artisan.”

The artisans employed at the brand-new Louis Vuitton workshop will have great pay, quality healthcare, and 401(k)s. pic.twitter.com/ImEHMuKzrP

Borelli noted the new facility is great for Texans because it means more manufacturing jobs in America.

The presidential election was also discussed where Borelli commented Democrats have a war on fossil fuels which would result in job losses and higher energy prices.

Following the factory tour, President Trump headlined a rally where supporters waited for hours to hear him speak.

Thank you Dallas, Texas – I love you! #TrumpRallyDallas #KAG2020 https://t.co/meWpesDYeM