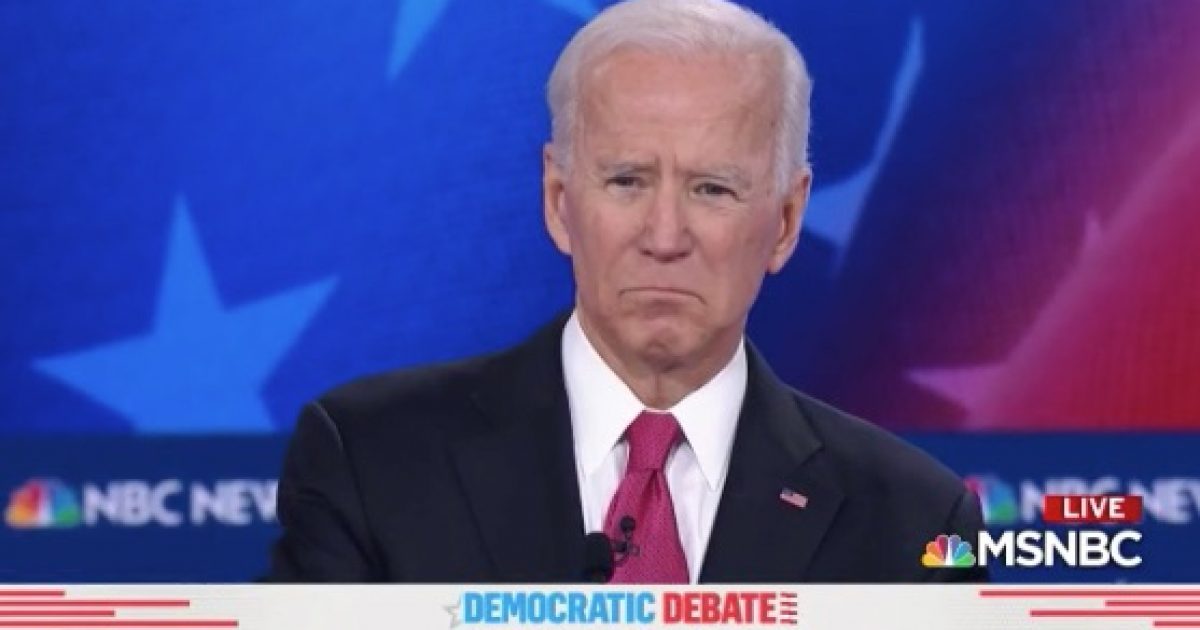 Considering his blunders from previous debates this year, Biden was doing fine for most of the debate but slipped badly toward the end of the contest.

In a bizarre response to a question about violence against women Biden said, “we have to keep punching at.”

When talking about black voters supporting his candidacy, Biden said he was endorsed by the “only African American woman ever elected to the Senate,” referring to the first black former female senator Carol Moseley Braun (D-IL), totally ignoring Senator Kamala Harris (D-CA).

As a competitor to Biden for the Democrat nomination, Harris was on the debate stage.

Democrat hosts and analysts criticized Biden for his debate performance.

MSNBC’s O'Donnell: Biden gaffe is a “gaffe unlike any other I’ve seen in a debate performance”https://t.co/OVOAqn07yS pic.twitter.com/ZQys7tuguN

Biden’s bad debate outing is going to escalate concerns about his ability to get the Democratic presidential nomination and compete against President Trump next November.