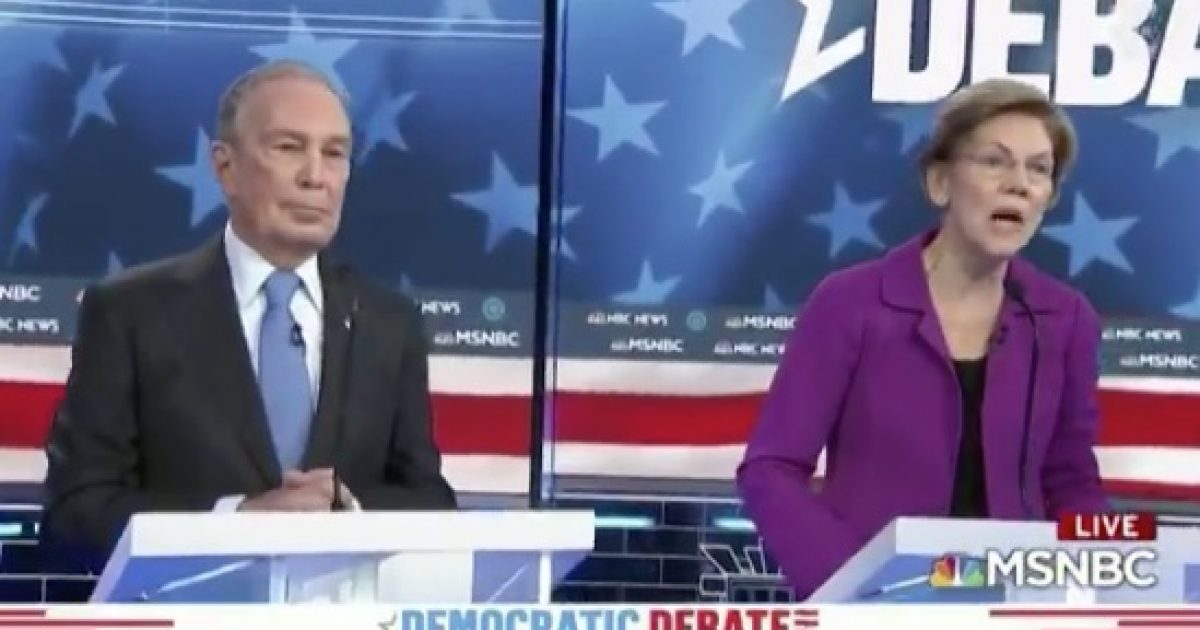 The debate and the miserable performance of Bloomberg as a real contender was a big news story of the week.

Bloomberg came riding into the debate on a high note with rising national poll numbers after spending over $400 million in advertising.

But on the debate stage, Bloomberg collapsed and was totally unprepared for the barrage of attacks that encompassed his wealth, his treatment of minorities while mayor of New York, and his alleged treatment of women at his workplace.

2020 presidential candidate Senator Elizabeth Warren (D-MA) went after Bloomberg at the top of the debate.

Read more from the most contentious #DemDebate yet. https://t.co/aERVQUyCKY pic.twitter.com/EbH1oMpGXB

Bloomberg was blasted over his weak debate performance.

President Trump said Bloomberg’s performance was “perhaps the worst in the history of debates,” and others commented as well on social media.

Mini Mike Bloomberg’s debate performance tonight was perhaps the worst in the history of debates, and there have been some really bad ones. He was stumbling, bumbling and grossly incompetent. If this doesn’t knock him out of the race, nothing will. Not so easy to do what I did!

If you’re just tuning into tonight’s #DemocratClownShow, here’s the first hour in a nutshell… pic.twitter.com/83RSwiEGHc

Democrats and the anti-Trump media didn’t hold back on their criticism of Bloomberg.