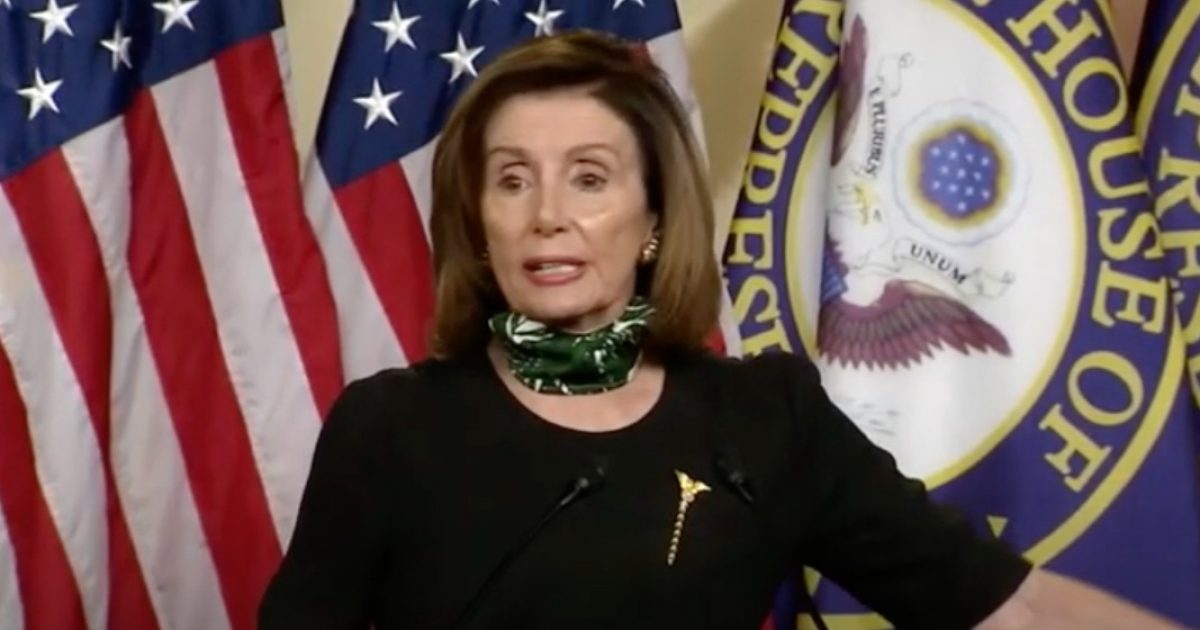 House Speaker Nancy Pelosi (D-CA) claimed President Trump is attacking China over the COVID-19 outbreak as “an interesting diversion” from his administration’s handling of the virus.

Pelosi made the claim during her weekly press briefing in response to President Trump’s criticism of China saying the virus, “Could’ve been stopped in China,” and that the U.S., “shouldn’t have supply chains,” in China.

Pelosi dismissed the comments as bluster from a president fighting to shift political blame just months before November’s elections. She urged Trump, and all Washington policymakers, to forget about how the coronavirus arrived and focus instead on how to eliminate it.

Pelosi’s been a constant critic of President Trump’s response to COVID-19 on television news programs.

Under Trump's erratic mishandling of the #coronavirus crisis, there have been:

It’s beyond outrageous that with over 80,000 deaths, Trump declared victory against the #coronavirus.

Grounded in reality as we are, Democrats are springing from the *facts* and the needs of the American people in addressing this crisis. pic.twitter.com/gVNLCFwd8X

Trump has undermined the medical experts, failed to deliver on his promises, and blamed others for his erratic response.

Senate Minority Leader Chuck Schumer calls for more coronavirus testing: “This administration has been totally derelict in coming up with a testing program.” https://t.co/lt5cgY1X30 pic.twitter.com/AVOP8IfZSH

Mr. President, you ignored the threat of the virus, and now 80,000 Americans are dead.

You want CDC to revise down the death totals, instead of taking action to save lives,

And hope your repeated lies about Russia and Ukraine will distract.

Your incompetence is killing us. https://t.co/Dcz0vGcMdl

While Pelosi and other Democrats continuously attack President Trump’s handling of COVID-19, they are ignoring the fact that China is responsible for the pandemic that’s wreaking worldwide havoc.

Ideally, the U.S. should put Americans first and unite over the economic and military threat from China but as always it’s politics first with Democrats.