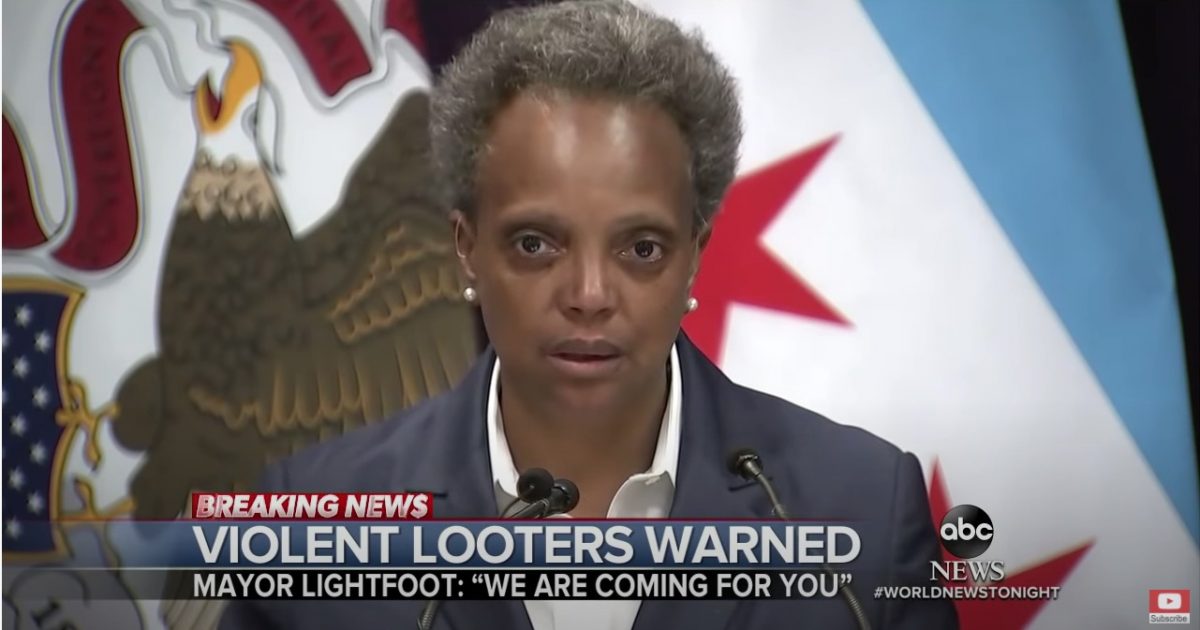 A series of looting incidents in Chicago over the past few nights was justified by a Black Lives Matter organizer as “reparations.”

According to news reports, more than a dozen police officers were hurt and the property damage caused by looters is estimated to be about $65 million.

“That is reparations,” Atkins continued. “Anything they wanted to take, they can take it because these businesses have insurance.”

The recent round of riots was ignited after a young black male was shot by police after the suspect fired multiple rounds of bullets at police.

High-end establishments were also hit, including a TESLA car dealer.

CHICAGO LOOTING: A Tesla store was among the outlets targeted in downtown Chicago looting overnight. More than 100 people were arrested, and 13 officers were injured. LATEST: https://t.co/fl46dfYg1k pic.twitter.com/VOekCvpCtb

Undeterred by the property damage and violence, Black Lives Matter went on offense.

Chicago Mayor Lori Lightfoot warned the lawbreakers that “We are coming for you.”

The evidence of violent crimes and looting in Chicago this year shows Mayor Lightfoot has lost total control over the city.

Chicago, like many other cities controlled by Democrats including New York City and Portland, is in free fall.