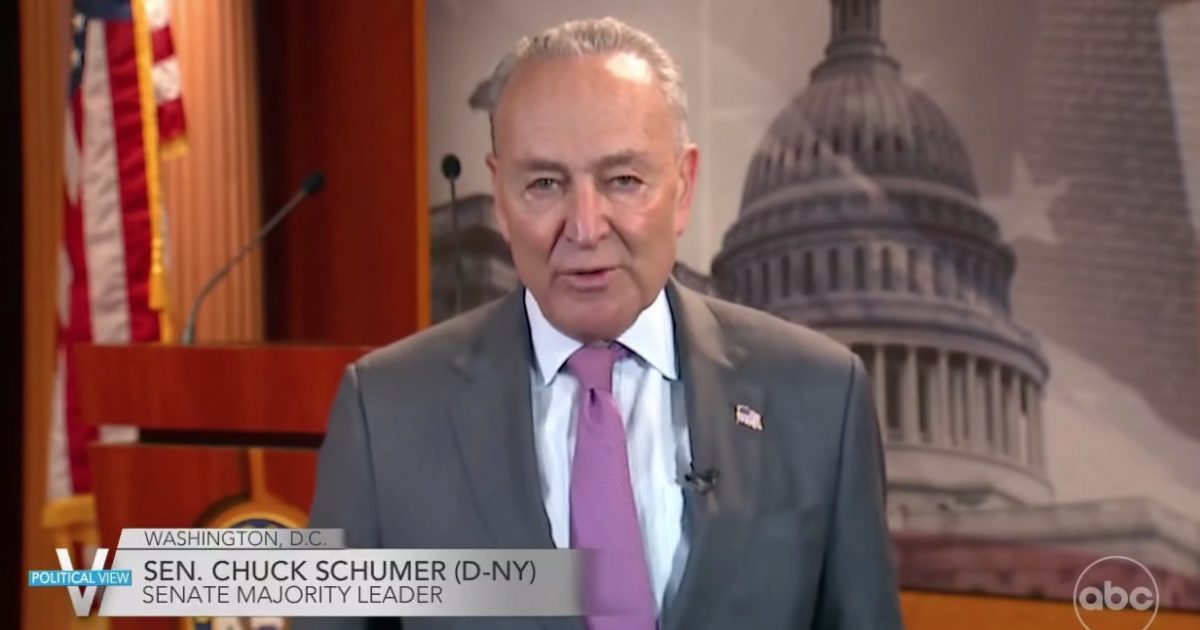 “You’ll regret this, and you may regret this a lot sooner than you think.” — Mitch McConnell on Nov. 21, 2013, in Senate floor speech to Harry Reid-led Democrats curtailing the filibuster for judicial appointments.

McConnell’s prediction came true, as he reminded Democrats in a 2019 New York Times op-ed, and it took only four years. “In 2017, we took the Reid precedent to its logical conclusion, covering all nominations up to and including the Supreme Court,” the Senate Republican leader wrote.

“So this is the legacy of the procedural avalanche Democrats set off: Justice Neil Gorsuch, Justice Brett Kavanaugh and 43 new lifetime circuit judges — the most ever at this point in a presidency,” McConnell added. “The consequences of taking Senator Reid’s advice will haunt liberals for decades.”

Liberals don’t seem to have absorbed this history lesson. Under the coaching of Chuck Schumer, Reid’s successor, Senate Democrats apparently can’t envision an adverse outcome in the next election, which is this year, or the possibility Republicans might turn their own tactics on the filibuster against them. This failure of imagination is not a new phenomenon. Neither is situational ethics on Capitol Hill.

“Here’s what we know about the Democrats: They were for the filibuster before they were against the filibuster,” Sen. Tim Scott, a South Carolina Republican, said last year. “I keep asking myself, ‘Will the real Chuck Schumer please stand up?’ Is it the one who was for the filibuster or is it the new one who is now against filibuster?”

Scott’s point was accurate, and his umbrage understandable. After clamoring for law enforcement reform, Democrats used the filibuster to prevent a vote on Scott’s criminal justice bill. Republicans concluded that Democratic Party leaders preferred a campaign issue to a solution. But it should also be noted that Tim Scott has a short memory. In 2015, a cabal of Senate conservatives carried water for restive House Republicans who floated the idea of doing away with the Senate filibuster.

Scott, recently arrived in the upper chamber from the House, was among them. “I’m actually pretty bullish on changing all the rules as I know them, quite frankly,” he said then. “Nominations, everything — I’m open to anything that makes this body actually functioning.”

Mitch McConnell and the GOP old guard successfully fought back that 2015 rebellion from their right flank. The difference today is that the Democrats’ Senate leadership isn’t resisting progressive purists in their ranks. Notwithstanding years of unambiguous support for the filibuster, Schumer is leading the charge against it — and bringing almost all his members with him.

Relic of the Past

Thanks to Frank Capra and Jimmy Stewart, the filibuster once enjoyed a cherished place in Americans’ popular imagination. In his 1939 movie classic, “Mr. Smith Goes to Washington,” director Capra — with Stewart in the title role — employed a heroic filibuster to resist corrupt cronyism. Stewart’s “Jefferson Smith” was so compelling that generations of political consultants fantasized about putting a version of him in the White House. (In the 1980s, one of those political consultants, Jimmy Carter pollster Patrick Caddell, envisioned a young Joe Biden as a possible stand-in for Jefferson Smith. Caddell, who died in 2019, eventually soured on the national Democratic Party, but never gave up on his dream.) But Frank Capra’s creation was a myth, as Biden himself acknowledged puckishly in 1984 when he quipped to the New Republic, “God, I wish I knew Senator Smith. He’s a helluva guy.”

Moreover, in real life the filibuster itself wasn’t always used for noble purposes. In the 1960s, for example, it was used by Southern Democrats to stall civil rights legislation. So, describing the filibuster as a “Jim Crow relic,” as former president Barack Obama did in 2020 while eulogizing civil rights icon John Lewis, strikes a chord with many Americans, even if it wasn’t altogether accurate. The problem here wasn’t the disparagement of the filibuster. It was the hypocrisy of the man doing the disparaging: When it served his political purposes, Obama loved the filibuster.

Carl M. Cannon is the Washington bureau chief for RealClearPolitics.