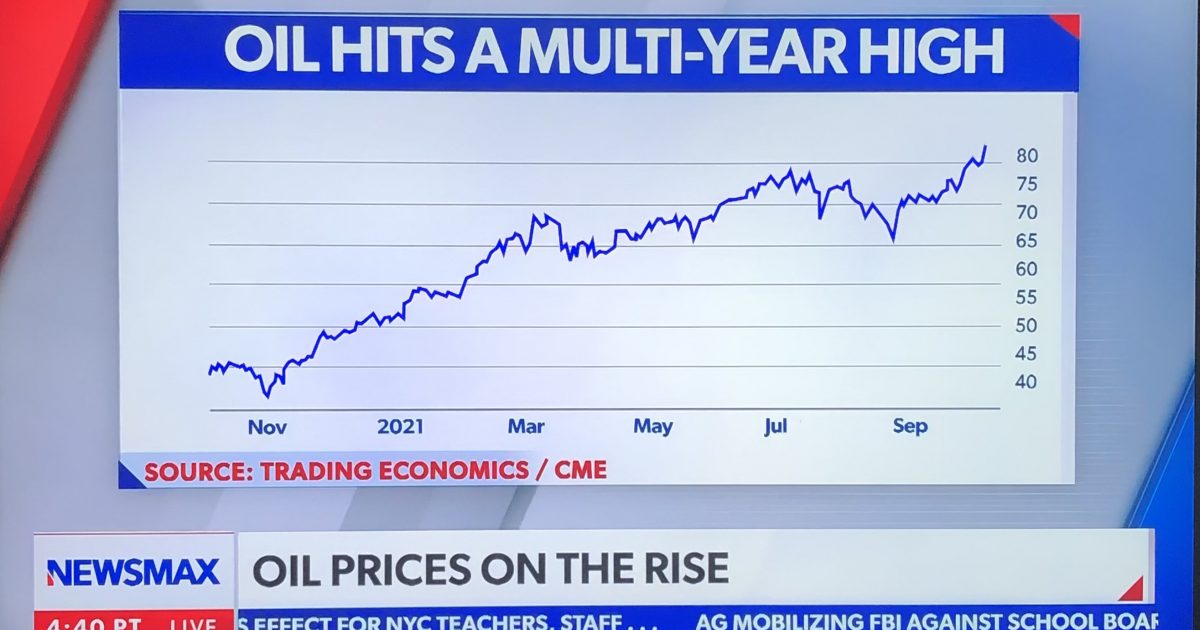 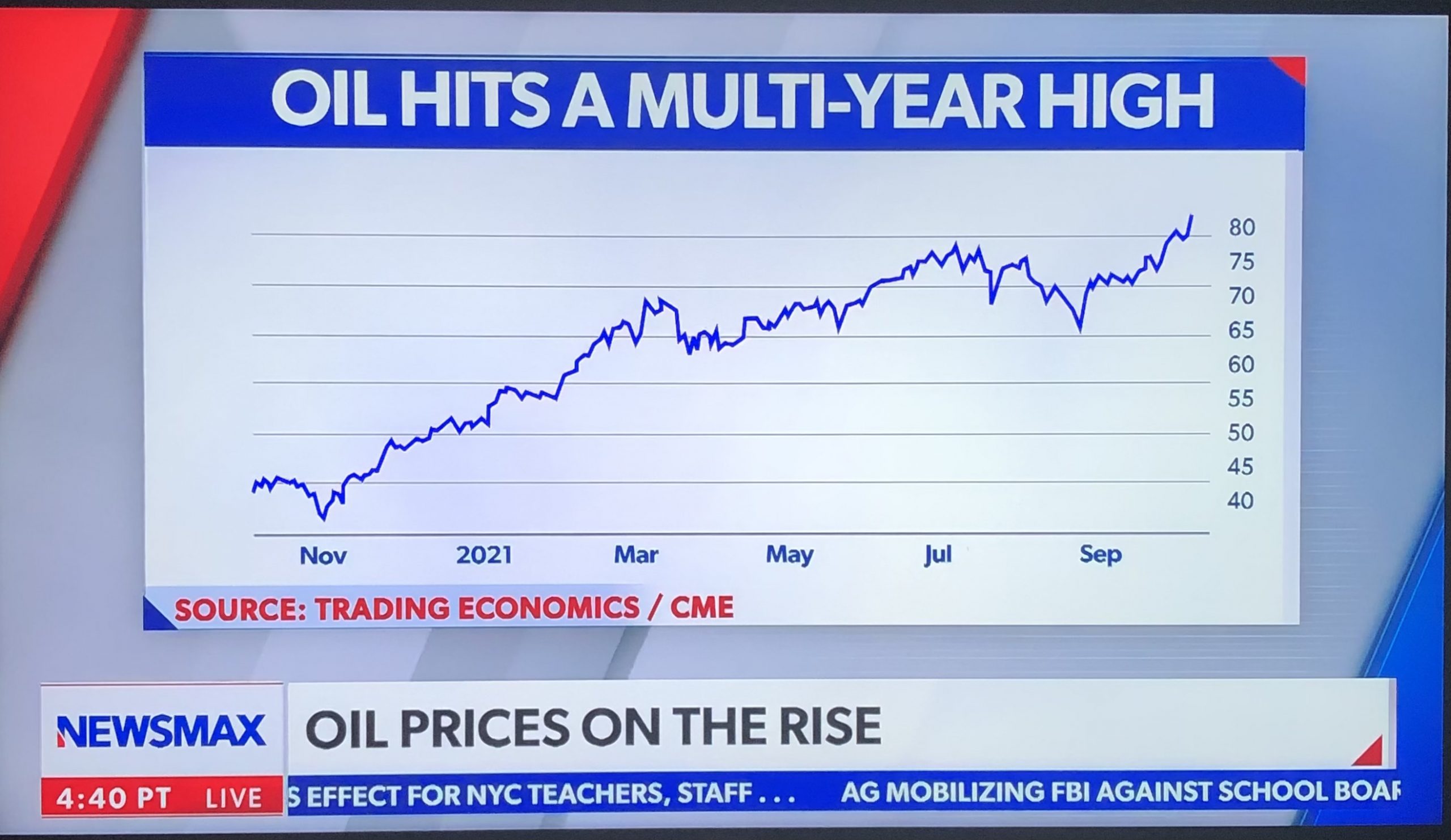 The rise is energy prices is a result of basic economics – a boost in demand from consumers matched with lower supply.

Unfortunately for U.S. consumers, added supply is not expected in the immediate future.

The Organization of the Petroleum Exporting Countries and Russia, known as OPEC+, ignored requests from the White House to increase production output.

US oil prices rose to the highest level in seven years after Opec and its allies declined to accelerate plans to increase crude production, snubbing calls from the White House to help tackle a growing global energy crunch https://t.co/i9kEZ5S42y pic.twitter.com/AXWXalv9SJ

#OPEC+ said it would stick to an existing pact for a gradual increase in #Oil output, sending #Crude prices to 3-year highs and adding to inflationary pressures that consuming nations fear will derail an economic recovery from the #Pandemic. https://t.co/atTQxKeKSY

Thanks to Joe Biden’s far left policies, U.S. oil prices are at the highest level since 2014. Americans are now paying $1+ more per gallon of gas than one year ago.

BREAKING: US oil prices hit highest level since 2014. The only thing Biden is "building back better" is inflation.

BREAKING—
OPEC has refused Biden's requests. Oil prices are surging to highest since 2014.

Biden is proved impotent once again in negotiating America’s interests against every other power structure on the world’s stage. As a result, America has never been weaker.

Recall that Biden canceled production of the Keystone XL pipeline and halted new oil and gas drilling leases on federal lands through executive orders shortly after being sworn into office.

Of immediate concern, OPEC+ is ignoring Biden’s request for additional supply so there’s no relief in sight.

While Biden claims to want to help American families, his energies policies are causing more harm than good.