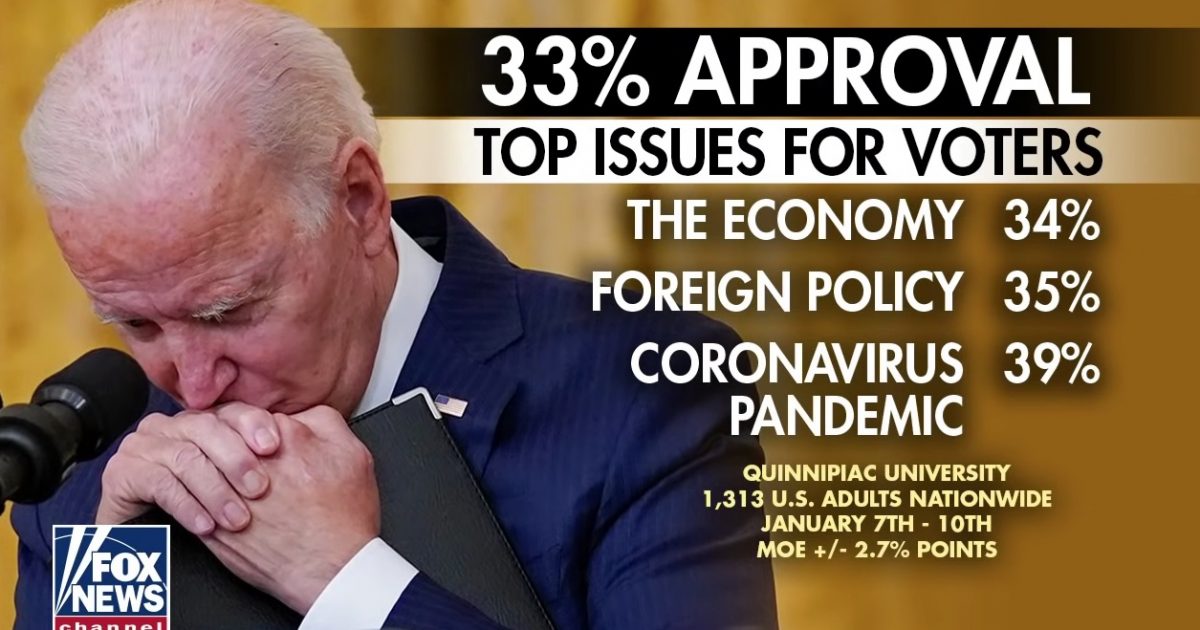 We are in the first month of 2022, and, from every sign, it appears my Democratic friends are determined to stick to their guns when it comes to both their agenda and how they intend to sell it. In other words, America has not heard the last of the Woke Police.

The 2021 elections, especially in Virginia, could have served as a wake-up call for Democrats. When Terry McAuliffe announced he thought parents should not be telling schools what to teach, the voters spoke loudly and clearly that they felt differently. Attempts to make Republican Glenn Youngkin into the Old Dominion’s version of Donald Trump fell flat as he scored a solid victory.

You might think that after the events of 2021, Democrats would be inclined to engage in some self-reflection. You would be wrong. How do we account for the largest increase in the inflation rate in a generation? President Biden has decided Sen. Elizabeth Warren has it right. Defying logic, gravity, and common sense, they have placed the blame on “meat conglomerates.” Why the cost of a steak would cause spikes in the cost of so many other items, including gasoline, is a carefully guarded secret. Why don’t Democrats in a position of leadership make clear they will not submit to viewpoints held by such a small percentage of the public?

On a whole host of other issues important to Americans, with Democrats in control of the White House and both chambers of Congress, there appears to be what can only be called a disconnect between the party and a significant majority of the public. Whether it is a leaky southern border, more deaths from COVID-19 in 2021 than in 2020 (despite the widespread availability of vaccines), the disaster that defines the withdrawal from Afghanistan, or dramatic and frightening increases in crime, Democrats cling to their outdated strategy of first blaming Donald Trump, and second labeling those who oppose their agenda and performance as enemies of democracy.

For Democrats and the leaders of the Woke Police, it is not merely a matter of conservatives and Republicans being wrong. Instead, they define the battle as being between truth and lies. Many liberals explicitly state that nothing less than punishment is justified.

Rasmussen reports 59% of Democrats support placing those who have not been vaccinated under house arrest. Fully 45% of Democrats agree with placing the unvaccinated in “designated facilities.” This has the odor of concentration camps.

How does one hold these positions while claiming to belong to the party of tolerance and inclusion? Writing for MSN News, Sarah Jones said of Republicans: “They want impunity for themselves in public and private. If young liberals are unwilling to give it to them and their supporters, that’s a good sign for the future.” Salon writer Amanda Marcotte went even further, stating, “If you — quite correctly — believe Republicans are plotting to destroy democracy, then why would you want to be friends with people who support that?” Juan Williams put a cherry on this sundae with a piece titled “The GOP is the anti-American party.” No doubt, his own Republican son might disagree.

This combination of disconnection and arrogance has been prevalent in elite America – academia, the mainstream media, and the world of entertainment – for a long time. For the most part, it is a recent phenomenon in the world of politics.

How long Democrats will persist in claims that to disagree with them is to oppose democracy itself is an open question. As the leader of a national Republican organization, let me be the first to encourage them to stay the course.

Jessica Curtis is executive director of GOPAC, and a Republican strategist.