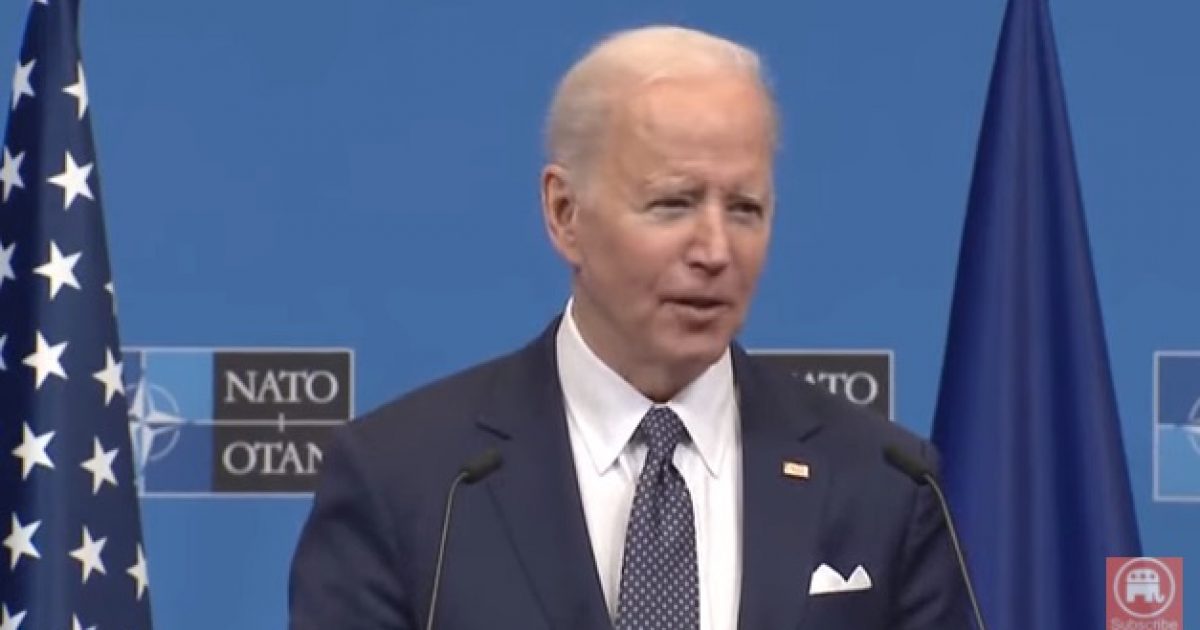 President Biden traveled to Europe to meet with world leaders this week and made a series of blunders on the world stage.

Biden met with NATO allies in Brussels over the Russian invasion of Ukraine.

Upon arrival at the meeting, Biden snubbed the press.

Biden arrives at NATO, but refused to take questions.

At a press briefing, Biden was asked, “Sir, deterrence didn’t work. What makes you think Vladimir Putin will alter course based on the action you’ve taken today,” and Biden said, “sanctions never deter.”

The reporter repeated the question and Biden became testy, saying, “That’s not what I said. You’re playing a game with me. The answer’s no.”

However, a video montage of Biden’s administration, including Vice President Kamala harris, contradicts him.

Today Biden again said that sanctions would not “deter” Putin from invading Ukraine.

His administration said the EXACT OPPOSITE for weeks.

Biden said food shortages are “going to be real” because of sanctions.

“We did talk about food shortages.. and it’s going to be real.”

Biden then traveled to Poland to visit U.S. troops and commented about the bravery of Ukrainians fighting for their country, saying, “You’re going to see when you’re there.”

But numerous times, Biden ruled out the option of U.S. military involvement.

Biden tells the 82nd Airborne they're going to Ukraine:

While addressing the troops, Biden called Defense Secretary Lloyd Austin the Secretary of State, and also incorrectly stated the number of times he went to Iraq and Afghanistan.

Biden, while looking at his Secretary of Defense, calls him the "Secretary of State" pic.twitter.com/uDUhlHT8SD

Biden has only been 21 times, according to the Washington Post. pic.twitter.com/IcnK0DB9Pj

Biden addressed the president of Poland as ambassador.

President Biden has arrived at NATO – he is the only world leader who has not stopped to speak to press so far.

Joe Biden has said food shortages in the U.S. are "gonna be real."

Americans never had to worry about food shortages under President Donald J. Trump.

Biden continues to show the world he is a horrible leader and not ready for prime time.

The world is a far more dangerous place because Biden is president.