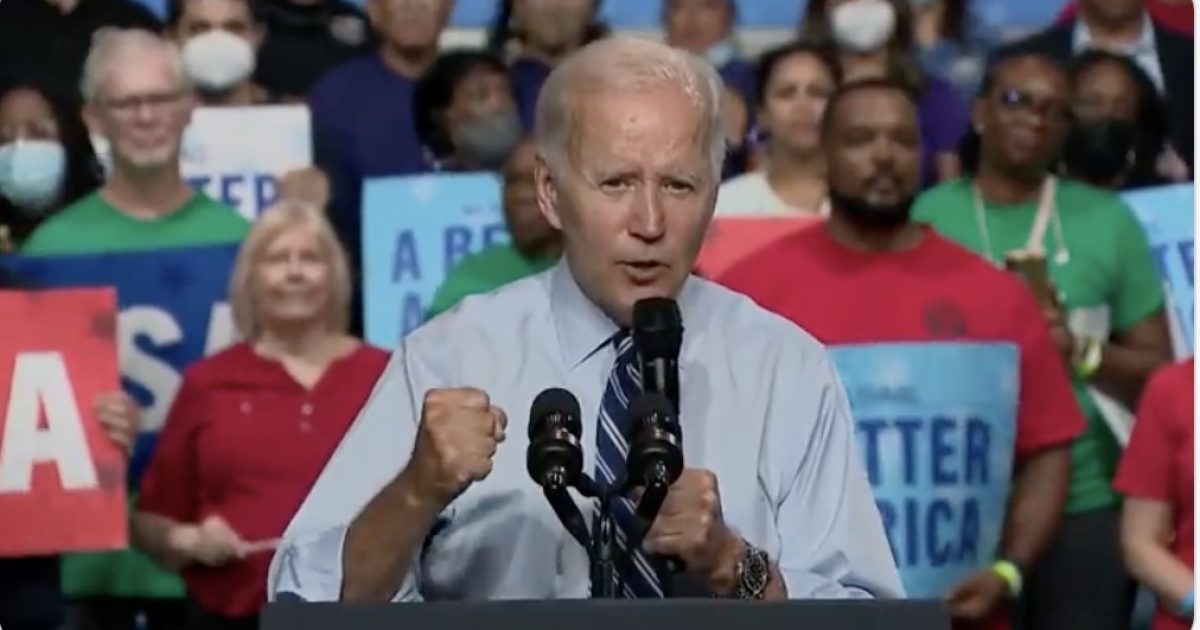 Commentary by Dean Clancy originally published by RealClearPolitics.com and RealClearWire.com

Earlier this month, President Biden outlined an ambitious plan to reduce cancer deaths, reigniting his famous “Cancer Moonshot” idea, which he first proposed in 2016 and reignited in February of this year. This second “reignition” aims to cut cancer deaths in half over the next 25 years. That’s an admirable goal, but it’s also impossible to achieve, thanks to government price controls that the president himself recently signed into law.

Experts across the spectrum agree the price controls in the newly signed Inflation Reduction Act will stifle the development of new, life-saving drugs, and especially cancer drugs. It’s not a question of whether there will be fewer cures, but how many fewer.

The IRA includes a pair of new government mandates aimed at forcing down prescription drug costs: a drug price-dictation scheme misleadingly labeled a process for Medicare to “negotiate” drug prices with drugmakers, and stringent caps on future pharmaceutical price increases to match inflation.

The “negotiation” mandate requires Medicare to set a “maximum fair price” for high-cost, high-use drugs deemed to have insufficient generic competition and then to “negotiate” deep discounts down from these maximums. Failure to “negotiate” will subject a manufacturer to a draconian 95% tax on gross receipts from its sales of the drug – a death sentence for the product. The Godfather would be proud.

A major, perverse effect of these mandates will be to cause initial launch prices of new drugs to go up, because drugmakers will have little choice but to try to recover their enormous investment costs up front. On average, it takes ten years and $3 billion to develop a new drug in this country.

A second perverse result will be higher drug costs for the 155 million Americans who obtain their health insurance through the workplace. This will happen because the IRA’s mandates apply to Medicare but not to workplace health plans. Inevitably, manufacturers will shift costs onto the privately insured.

Less competition will lead not only to higher prices, but also to less funding for research and development. Researchers at the University of Chicago estimate biomedical R&D will fall by nearly 20% through 2039. That’s an estimated $663 billion over the next generation that will not be invested in developing new, life-saving therapies, and an estimated 135 new medicines that will never come to market.

Which brings us to the cancer moonshot. The negative effects of government price controls will disproportionately fall on cancer research. In fact, cancer-specific research will fall by an estimated $18 billion a year. That’s more than nine times as much money as would be added by the moonshot initiative!

While Congressional Democrats have contended that greater funding for the National Institutes of Health and the Food and Drug Administration will make up for the reductions in pharmaceutical innovation, throwing more money at these big bureaucracies won’t generate miracles. NIH is designed to fund basic research, not product development. And the FDA is notoriously slow and over-cautious. For example, it sometimes forbids the sale of new drugs in the U.S. that have been on the market in Europe and Japan for years.

When President Biden reignited his cancer initiative back in February, he claimed that “because of recent progress in cancer therapeutics … it’s now possible to set ambitious goals.” But six months later, he signed a bill making those goals impossible to achieve.

It’s not too late to end this self-sabotage. We can give cancer patients hope by replacing today’s carcinogenic price controls with robust R&D and market-driven innovation. We can supercharge that innovation by removing senseless government barriers to competition and empowering patients with more personal options.