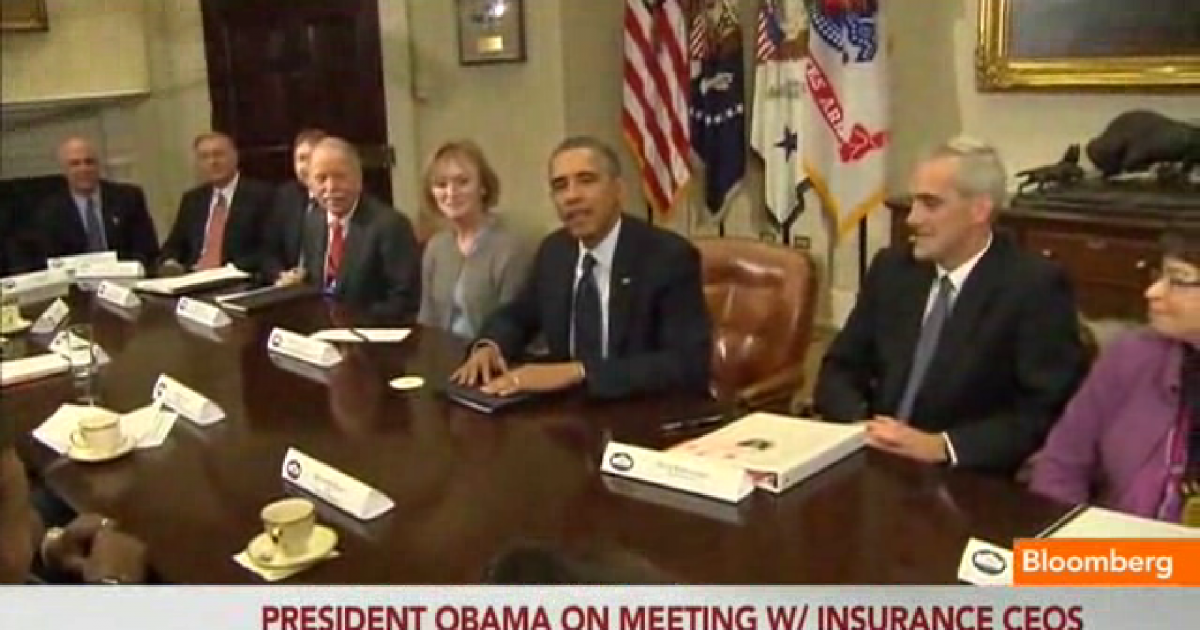 Following his press conference where he announced the government would allow insurance companies to keep selling health plans that don’t meet ObamaCare mandates, President Obama met with insurance company CEOs to “discuss ways to work together to help people enroll through the [federal health insurance] marketplace and efforts to minimize disruption for consumers as they transition to new coverage.”

Understandably, the White House statement about the meeting did not mention the elephant in the room – Obama’s band-aid fix on the mass cancellations of private plans was driven by his plummeting approval ratings and the pending mutiny of fellow Democrats over the law’s failed roll out.

By having a 180 degree shift on “substandard” private plans, Obama wants to save face with the public after lying about citizens keeping their current coverage if they liked it.

While Obama plays politics, his sudden change in course is disrupting the plans of insurance companies to implement ObamaCare.

After the president’s announcement, insurers said that although they appreciate Obama’s effort to address consumer concerns, they are worried that the move could distort the risk pool in the new state and federal health insurance marketplaces. That’s because individual policies tend to be significantly more expensive than group insurance, except for customers who are young, healthy and use little medical care — the very people whom federal officials are counting on to join the new exchanges.

“Changing the rules after health plans have already met the requirements of the law could destabilize the market and result in higher premiums for consumers,” said Karen Ignani, president and chief executive of America’s Health Insurance Plans. “If now fewer younger and healthier people choose to purchase coverage in the exchange, premiums will increase, and there will be fewer choices for consumers.”

Let’s face it, the real agenda for the meeting was for Obama to deliver a strong message to these CEOs to get on board with his temporary fix regardless of the cost to their businesses.

With ObamaCare in free fall and the remainder of his term in jeopardy, the president is in no mood to negotiate over the finer points about the insurance industry’s business plans. And with the government intimidating JPMorgan Chase over loans made during the housing bubble that might cost the company an estimated $14 billion settlement, the insurance companies are sure feeling the heat.

Despite their woes, we should not feel sorry for these CEOs — they are getting what they deserve.

The insurance executives should have known that their get rich scheme through big government was doomed to fail. Politicians like Obama change with the political winds and can’t be trusted in the long run. This is especially true with Obama since he disdains free-market capitalism.