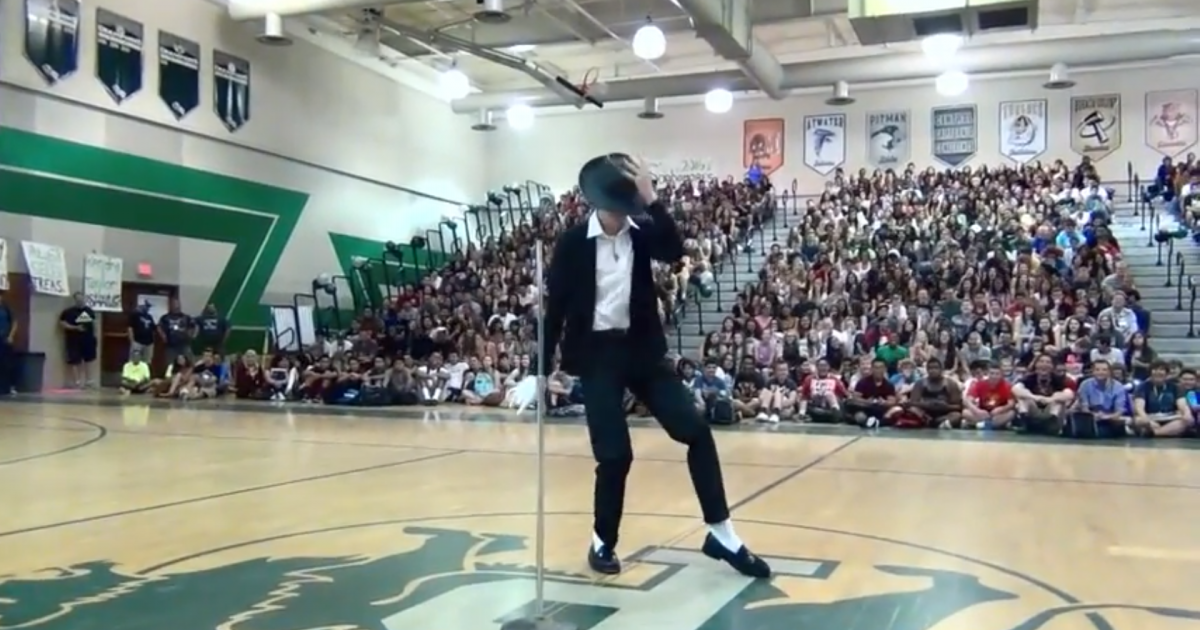 Some songs make you want to jump up and dance!

Michael Jackson’s Thriller is the bestselling album of all time, with 45 million worldwide sales powered by seven Top 10 U.S. singles and eight Grammy Awards. The 1982 album was also a success from which the pop superstar never really recovered–subsequent albums seemed to have no other goal than to beat the records set by Thriller.

Jackson gave an unforgettable television performance in 1983 at Motown Record’s 25th Anniversary television special when he premiered his moonwalk dance moves across the stage to the beats of “Billie Jean.”

Although I continue to work on my moonwalk moves, high school senior Brett Nichols has The Gloved One’s moves down to a science and wowed his fellow classmates at a recent school talent show that he won hands down.

Seventeen-year-old Brett Nichols isn’t surprised he did a fabulous job dancing as Michael Jackson at a school talent show last week. He’s been practicing for about 10 years.

Nichols’ performance to Billie Jean is an Internet hit, with YouTube views going from about 7,000 to 170,000 in just one day.