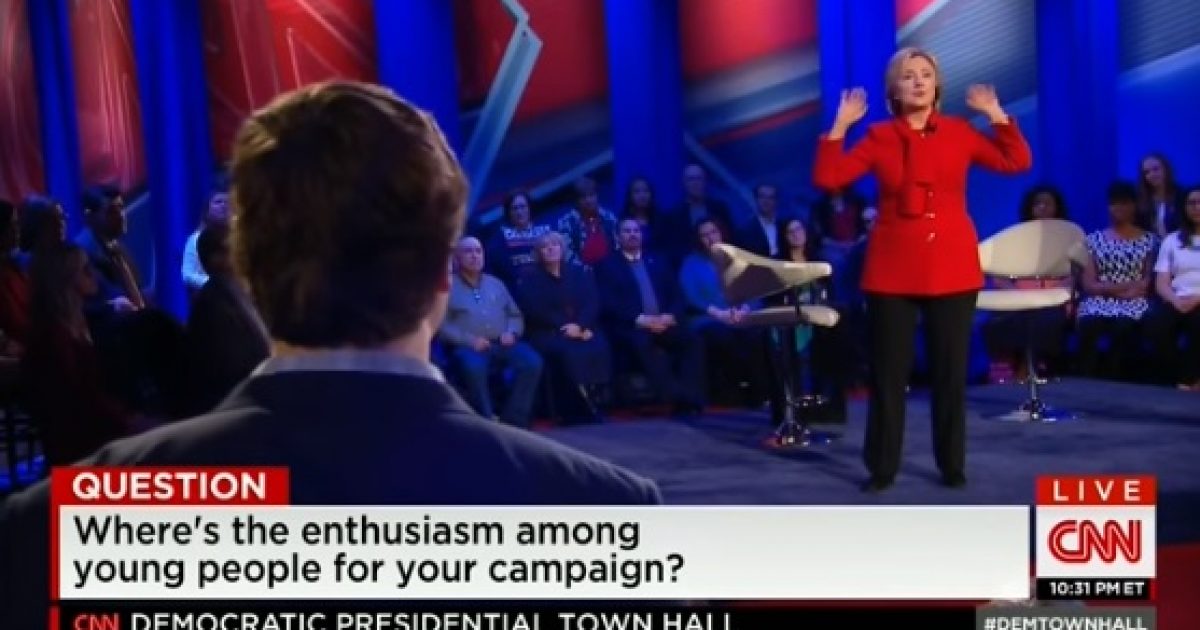 Did you miss the Iowa Democratic town hall on CNN? Below is a clip that will tell you everything you need to know about the last-minute effort to revive the Clinton campaign.

During Clinton’s question and answer session, a millennial told Clinton that not only is he voting for Sanders, but his friends don’t think she’s very honest. As a warning, Clinton laughs loudly at the beginning of this clip.

“It feels like there are a lot of young people, like myself, who are very passionate supporters of Bernie Sanders and I just don’t see the same enthusiasm from younger people for you. In fact, I’ve heard from quite a few people my age that they think you’re dishonest but I’d like to hear from you on why you think the enthusiasm isn’t there,” Iowa native Taylor Gipple asked.

Clinton looked completely caught off-guard. What do you think? Let us know in the comments!