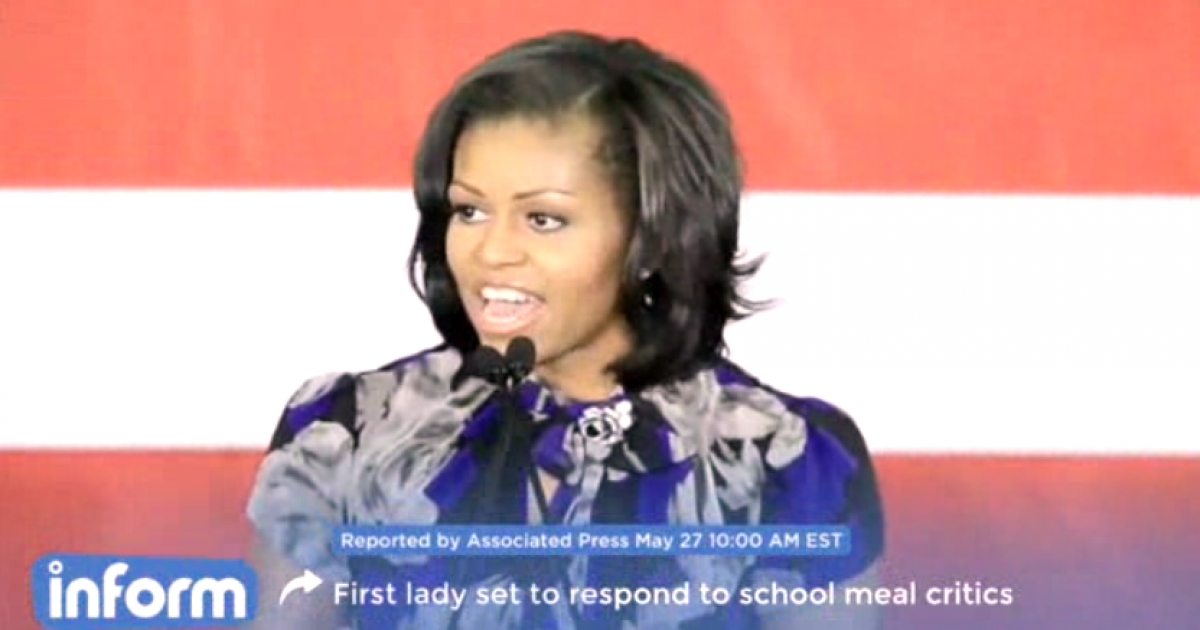 With the scandal at the Veterans Administration dominating the news and exposing her husband’s incompetence, Michelle Obama used her position as First Lady to declare war on the potato.

In a New York Times commentary, “The Campaign for Junk Food,” Mrs. Obama whines that the House of Representatives wants to include potato as a food option in the Women, Infants and Children program (WIC) – the federal supplemental nutrition program for low-income women and their children.

Right now, the House of Representatives is considering a bill to override science by mandating that white potatoes be included on the list of foods that women can purchase using WIC dollars. Now, there is nothing wrong with potatoes. The problem is that many women and children already consume enough potatoes and not enough of the nutrient-dense fruits and vegetables they need.

Yet some members of the House of Representatives are now threatening to roll back these new standards and lower the quality of food our kids get in school. They want to make it optional, not mandatory, for schools to serve fruits and vegetables to our kids. They also want to allow more sodium and fewer whole grains than recommended into school lunches. These issues will be considered when the House Appropriations Committee takes up the annual spending bill for the Agriculture Department on Thursday.

Mrs. Obama’s complaints highlight the problems of the ever expanding mandates from the federal government. Micromanaging foods in the WIC program and interfering with school lunches are clear examples of federal overreach.