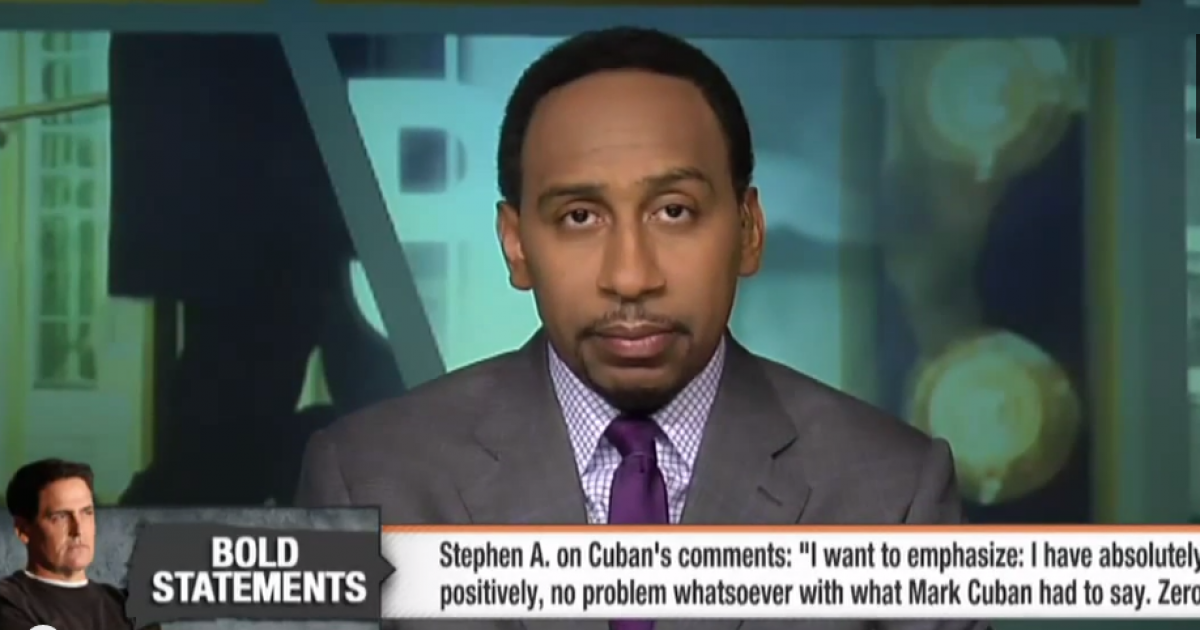 The race tide is turning.

Responding to attacks from his comments supporting Dallas Mavericks owner Mark Cuban, ESPN sports commentator Steven A. Smith gave a passionate critique of the black community and used his life story as an example of the American dream.

Smith was subjected to a significant amount of criticism from some blacks when he said he defended Cuban’s comments on prejudice.

In addition to not backing down to social pressure, Smith used the incident to criticize blacks that expect success without having basic education and communication skills.

“When I talk about not having a command of the English language, and still you want a job, and you want to have a career, but you don’t want to get your education, you don’t want to go out there and pound that pavement. Everything’s about the sprint, it’s not about the marathon, it’s not about you putting forth the necessary effort and due diligence over the long haul to get the thing you need. That’s a reality in our community.”

Then Smith added the hard work it took for him to achieve the American dream.

“Queens, New York City, left back in the fourth grade, grew up poor, the lever of education that I had was a public school system, I ultimately graduate from high school, I go to a historically black institution like Winston-Salem State University, I graduate with honors, there is no journalism program, I still graduate with honors, I still beat out thousands of people to get an internship… and I’m on national TV everyday.”

It’s fantastic that Smith turned a negative situation into a positive one by using his platform on ESPN to communicate how hard work and perseverance led to his success.

The race card is being overplayed and we need more black individuals like Smith to stand up as role models.