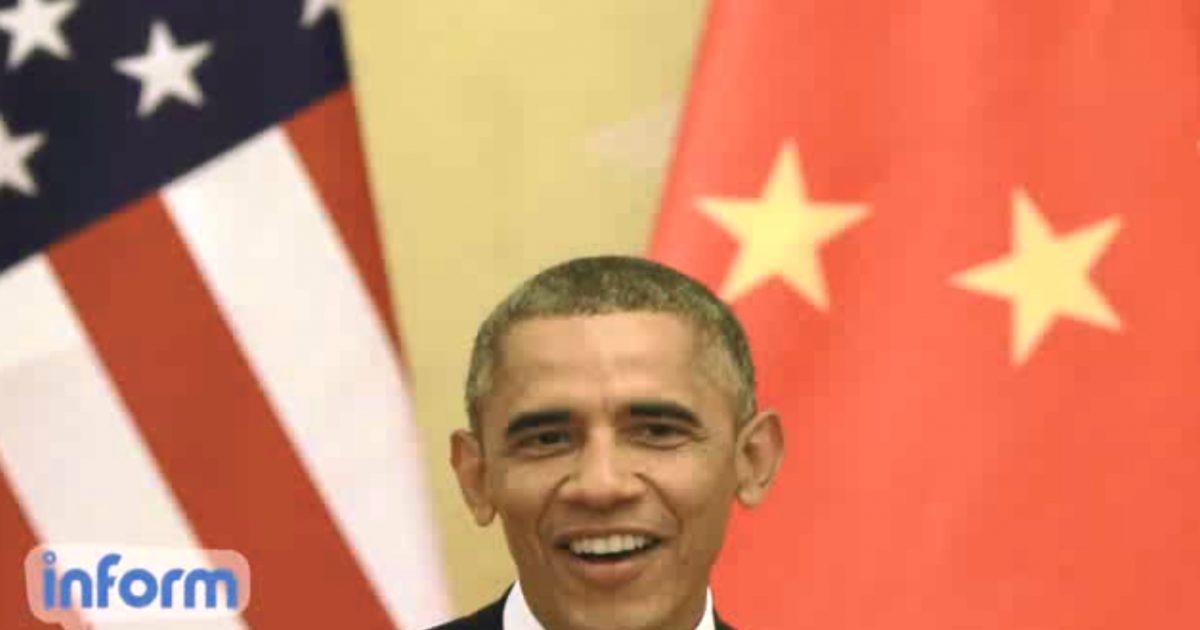 In addition to being a serial liar, President Obama is a sore loser.

Following a sound defeat of his policies in the midterm elections, President Obama is defying the will of the people and the future Republican-led Congress.

Prior to the election Obama said, “Make no mistake, these policies are on the ballot, every single one of them,” clearly stating his agenda including climate change and immigration were about to be supported or rejected by the voters.

Having lost the Senate and a number of seats in the House of Representatives, Obama is ignoring the election results and is on a mission to continue with his radical left-wing agenda.

During a press conference the day after the elections, Obama threatened to take executive action on immigration. Displaying extreme impatience Obama said, “Before the end of the year, we’re going to take whatever lawful actions that I can take.”

Now about a week later, Obama is doubling down on his climate change agenda. Obama and Chinese President Xi Jinping announced a deal for their countries to reduce carbon dioxide emissions during a press conference in Beijing.

Obama promised to reduce carbon based emissions by 26 percent lower than 2005 levels by 2025, while China agreed to cap carbon dioxide emissions in 2030 and by that year to generate 20 percent of its energy from non-carbon sources – alternative energy including nuclear power.

China’s promise to generate 20 percent of energy from alternative sources is massive and highly suspect. According to the White House, by 2030 China would have, “… to deploy an additional 800-1,000 gigawatts of nuclear, wind, solar and other zero emission generation capacity by 2030 – more than all the coal-fired power plants that exist in China today and close to total current electricity generation capacity in the United States.”

This agreement is a bad deal for the U.S. While China promises a Herculean effort to transform its energy infrastructure, it can continue to increase its emissions of carbon dioxide for more than a decade.

Meanwhile, the U.S. would immediately reduce its emissions led by Obama’s war on coal through executive branch regulations promulgated by the Environmental Protection Agency (EPA). The economic consequences of reducing carbon dioxide emissions would result in higher electricity prices and job losses.

The bulk of the economic hardship of higher energy costs would be borne by lower- and fixed-income Americans. Ironically, Obama’s climate change agenda would preferably harm the groups he claims to support.

In addition to challenging Obama’s executive action on immigration, the new Republican Congress must step up and stop Obama’s climate change agenda by refusing to fund the EPA’s anti-coal agenda.

****
If you want to know where your member of Congress stands on the conservative spectrum and receive updates on the issues that matter most to conservatives, sign up for FREE.