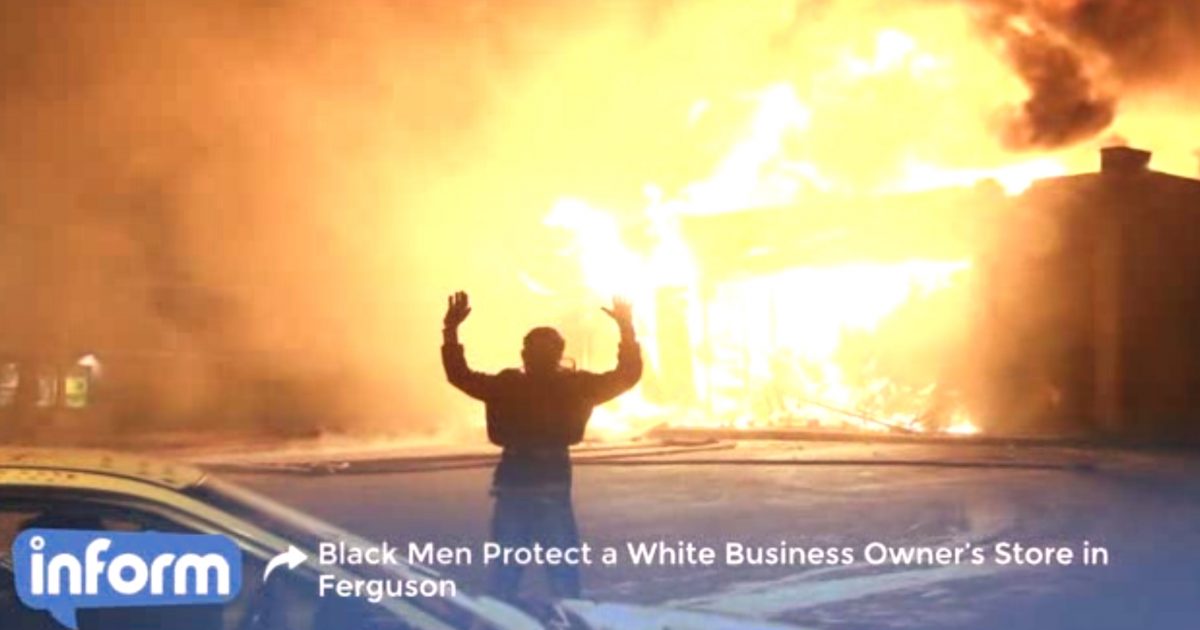 A group of black men, armed with so called “assault rifles” came together to protect a white owned business.

This is a story that you won’t hear trumpeted by the left wing media because it goes against their narrative and everything that they have spewed out recently.

First and foremost, despite all the race baiting done by the Obama administration, Eric Holder, Al Sharpton and others the people of Ferguson were not some nameless mob of angry black people looking for “justice.” There were a great many who armed up in order to defend themselves and their property from out of town agitators who were looking for mayhem regardless of who would suffer.