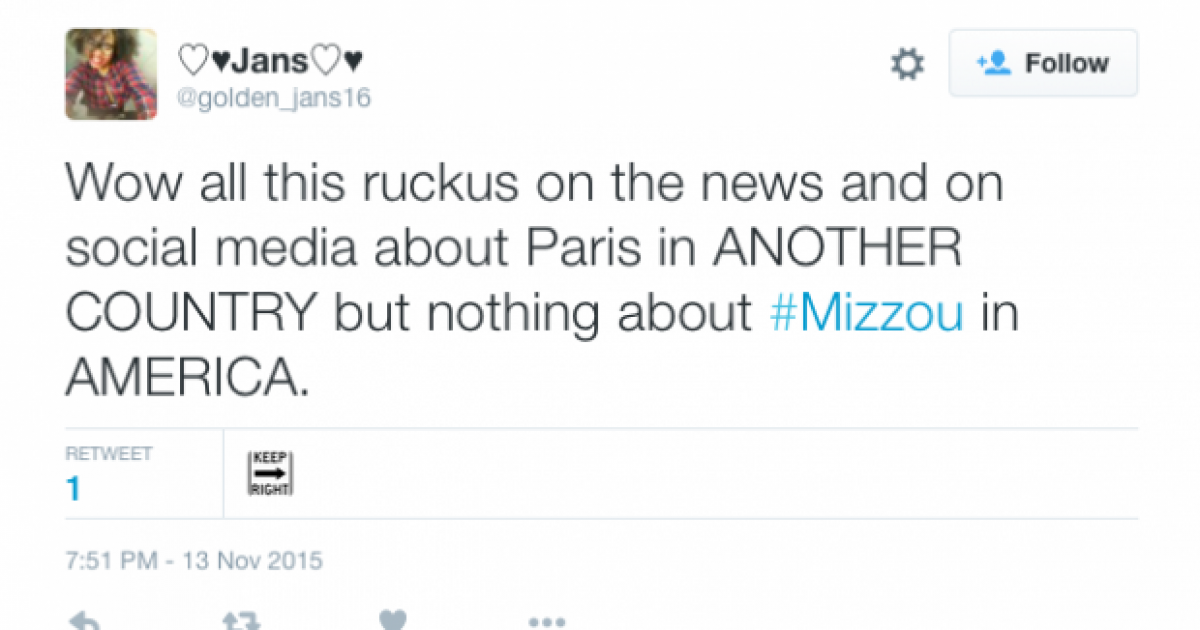 Just when you thought liberals couldn’t get any worse… they do.

Following the incredible tragedy in Paris which took the lives of 129 innocent people, much of the world united behind the nation of France to send thoughts, prayers, and offer any assistance the country may need in the days ahead. (Destroying ISIS would be a good start, but for now, lighting the Capitol building in France’s colors is a touching tribute.)

And while thousands of Americans across social media changed their profile pictures to shots of the Eiffel Tower with the words “Prayers for Paris” written across them, or draped a muted French flag over their avi, there were others who found the French terror a personal inconvenience to their petty cause.

Check out these tweets from Mizzou activists and Black Lives Matter personnel following the Paris attacks. Selfish and insensitive much?

And that’s just the beginning. The Daily Caller has an extensive list of “outrage” tweets here.

What point has our society reached when the vicious attack and terrorization of an entire city is considered an inconvenient distraction to a faux cry of racism based on outright lies?