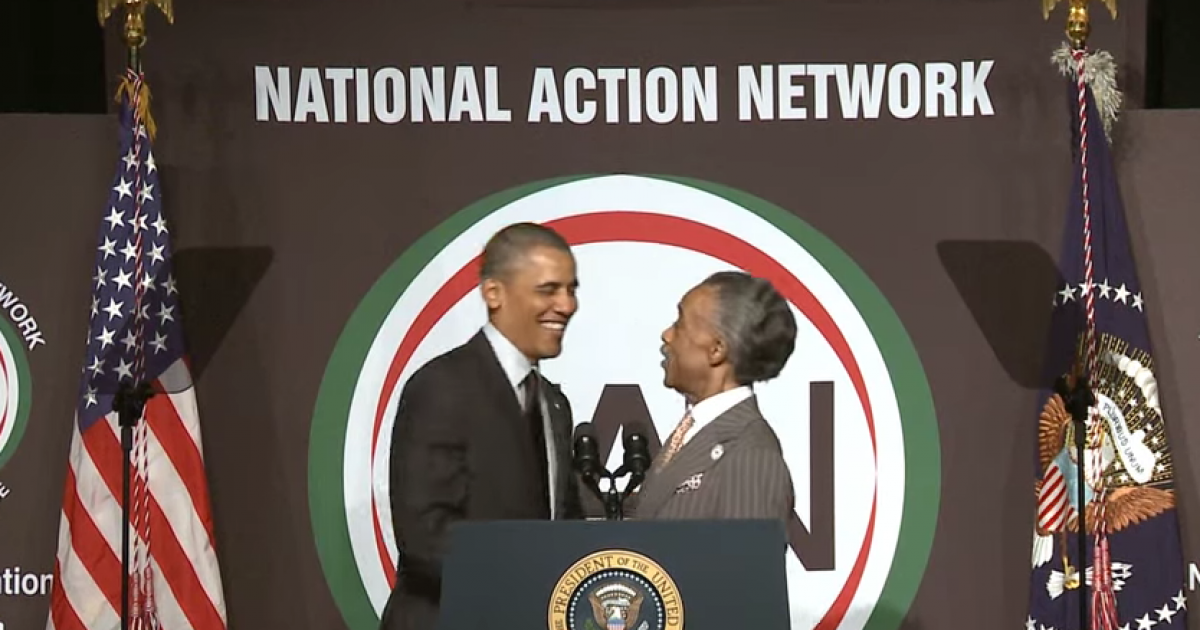 Al Sharpton took in a windfall salary from his non-profit group National Action Network (NAN) in 2014. Sharpton got a 71 percent salary increase!

The Harlem-based nonprofit collected $2 million more in 2014 than the year before, according to the latest financial records available.

The windfall allowed the organization to finish 2014 in the black. Yet NAN, and Sharpton, continued their deadbeat ways.

Sharpton, meanwhile, still has outstanding tax liens of $3.4 million, including money he owes personally to both New York state and the IRS, and taxes owed by his businesses, according to public records. He paid off one federal lien, for $931,398, in April.

Sharpton has maintained that he owes much less money than records reflect and that he has been chipping away at the bills through payment plans.

He also insists he didn’t really get a raise last year.

“I’m glad that NAN has resolved all of our past tax debts three years earlier than our agreement with the IRS and paid part of the compensation owed to me for several years I did not receive a salary,” Sharpton said in a statement.

Race baiting sure pays well especially when you have friends in high places such as President Obama.