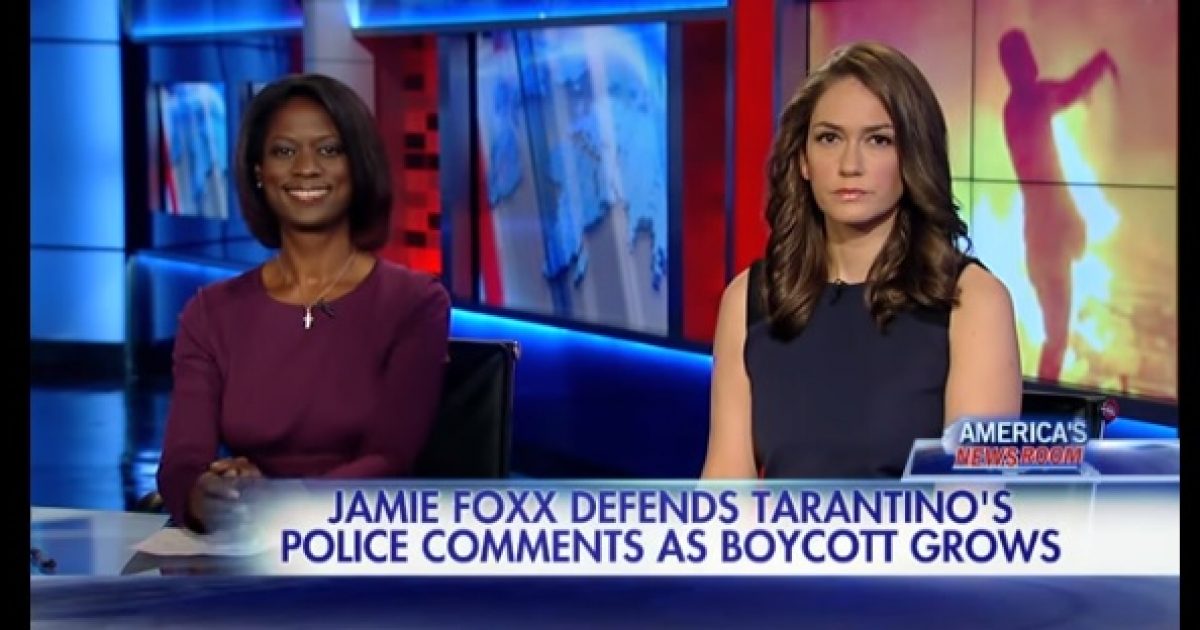 I was recently on Fox “America’s Newsroom” with Martha MacCallum and political consultant Jessica Tarlov to discuss why Quentin Tarantino should apologize to the police (even if it’s too little, too late at this point). Tarantino should put his money where his mouth is instead and write some checks to the families of the fallen officers who need some extra financial support now.

(You can read more of my thoughts on Tarantino here.)

I also wrote on ConservativeReview.com:

Hollywood movie director Quentin Tarantino’s controversial comments branding police officers as “murderers” has generated significant backlash. While speaking at a recent rally against police brutality in New York Tarantino said, “When I see murders, I do not stand by . . . I have to call a murder a murder and I have to call the murderers the murderers.”

The law enforcement community is not ignoring Tarantino’s outrageous comments and are sending a message by calling for a boycott of his future movies. Hollywood elites can say and do whatever they want, however, they should be aware that they might be held accountable for their actions. With the police boycott threat, Hollywood elites have now been put on notice.