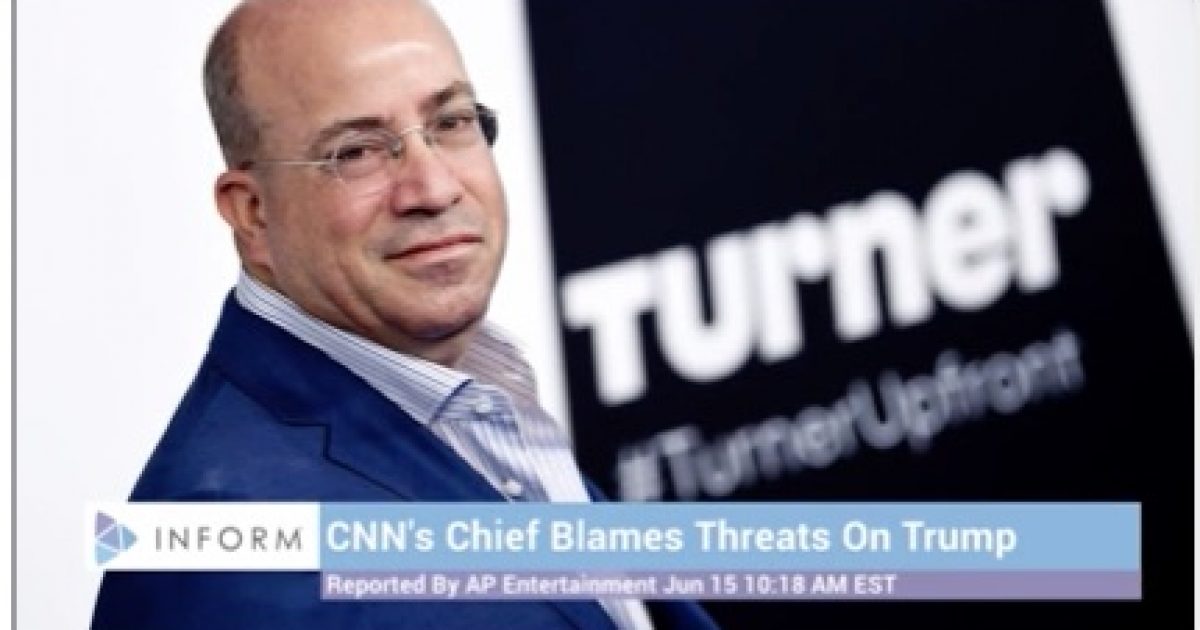 The controversy and brand damage caused by CNN hosts and fake news reports will impact the news organization if the purchase of its parent company Time Warner by AT&T is approved by the government.

The New York Post reports that if AT&T gets ownership it could fire current CNN President Jeff Zucker or sell the news organization.

The $85 billion acquisition of CNN parent Time Warner by AT&T could win antitrust approval by the Justice Department in the next 60 days, sources said.

“There was early talk about the way Zucker managed that wasn’t a good fit for the new organization,” one source said. “They were eyeing ways to neutralize him.”

That desire leaves Zucker facing an uncertain future that includes the possibility of getting unceremoniously dumped, one source said.

Other potential scenarios include AT&T kicking the 52-year-old executive upstairs with a corporate title that strips him of any power over CNN — or a sale of the network that would let AT&T wash its hands of any future messes.

If the purchase goes through selling CNN makes the most sense.