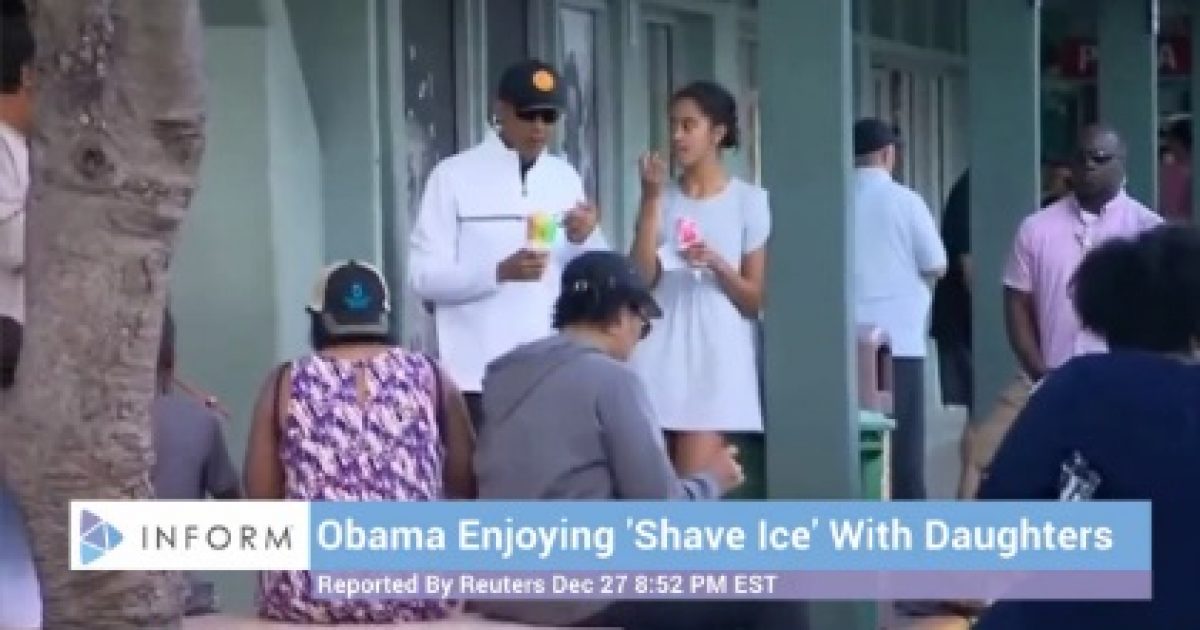 It took a whole 2 years for the Secret Service to give watchdog group Judicial Watch the spending totals for Obama’s Hawaii vacation back in 2013, but the numbers are finally in.

The first family’s Christmas vacation to Hawaii two years ago cost over $8 million, giving an indication of the price of their current 17-day winter break, according to federal documents provided to the taxpayer watchdog group Judicial Watch. Added up, their seven vacations to the island could total over $50 million, and he still has one more likely as president at the end of next year.

Judicial Watch announced today that it recently received expense records from the Department of Homeland Security revealing that Secret Service expenses for the Obama family vacation to Honolulu during December 2013-January 2014 cost taxpayers at least $316,698.03. These new expenses bring the total for the Hawaii Christmas vacation trip to $8,098,060.33. The Secret Service waited nearly two years to produce the requested numbers to Judicial Watch.

Aside from the extraordinary travel costs required for the first family to vacation in Hawaii, it’s strange how long it took the Secret Service to release the spending information to Judicial Watch. Two years? Really?

It’s almost as if they intentionally waited until Obama’s last year in office to come forward with the information. This is just more of the same from what Obama promised would be the”most transparent administration in history.”