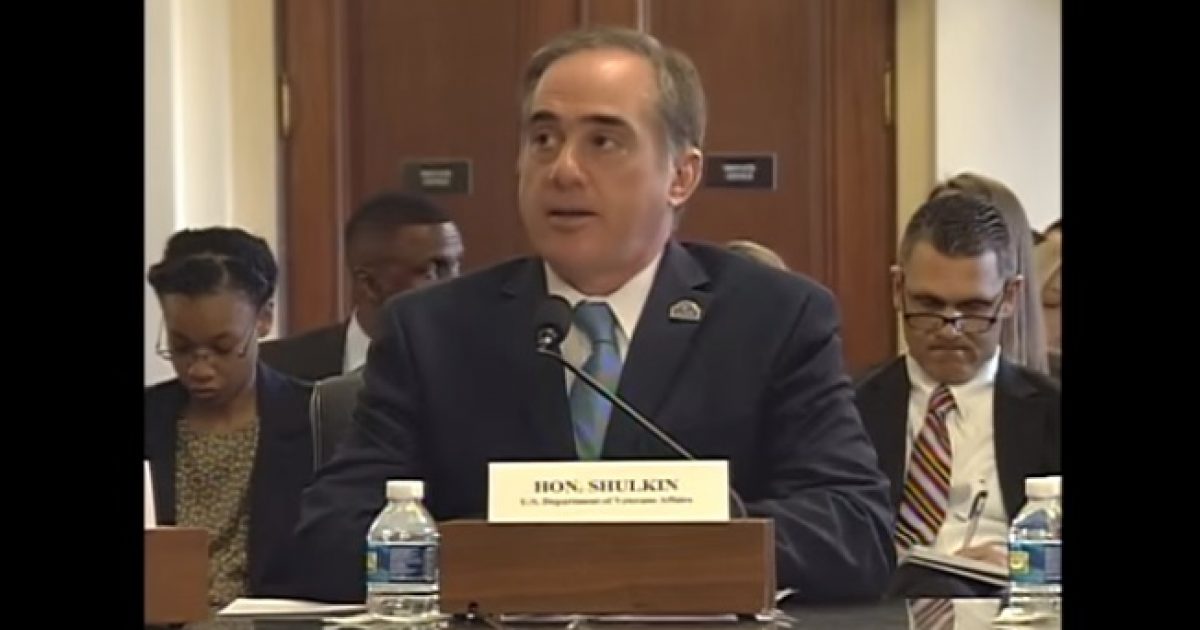 First, Shulkin claimed the employee in question had been fired from the VA:

However, it was later confirmed with VA Chairman  Rep. Jeff Miller that the employee was still working at the VA.

Here’s what Mr. Shulkin had to say for himself, according to The Daily Caller:

… “Why in the world would someone who has been convicted of armed robbery still be working at Veterans Affairs?” Miller asked.

“Okay. Well, hard for me to answer that right now, so, I think we owe you an answer,” Shulkin replied, apparently stunned.

And now for the icing on the cake:

Also on Tuesday, Shulkin told the committee that a chief of staff who had improperly prescribed controlled substances as favors to friends had been “removed from that role.” But when pressed, he conceded that she was still working at the VA and was now in charge of quality control.

How much corruption is it going to take before the White House recognizes it’s time to clean house in the VA? It’s been over 2 years since the scandal broke, and the lack of accountability has been laughable.