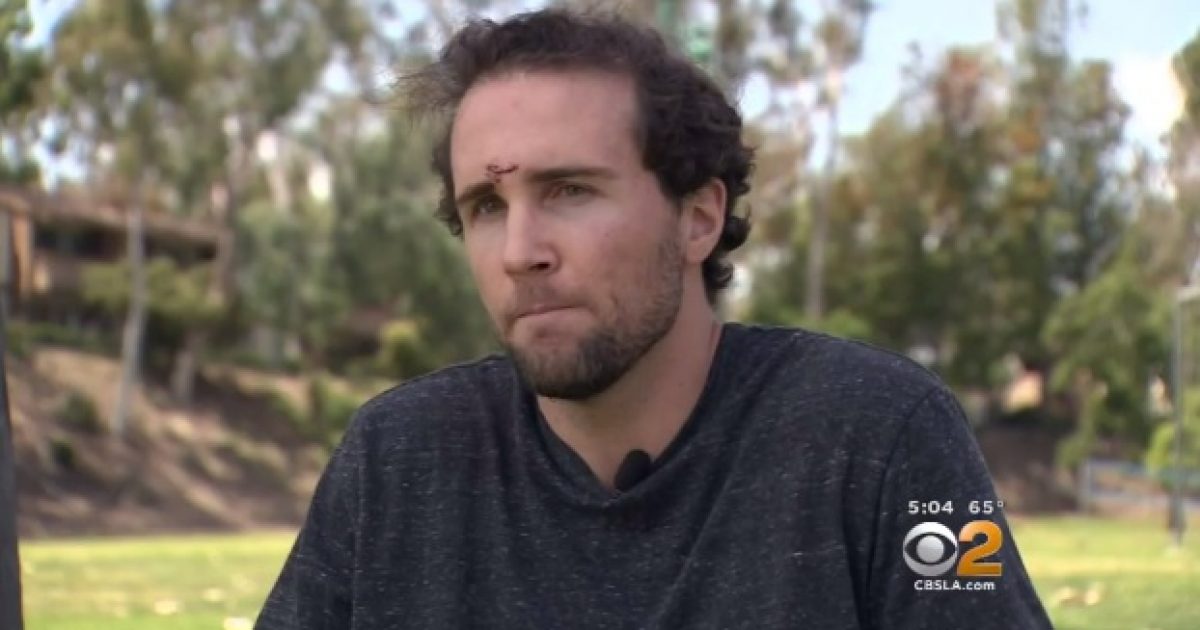 This is the modern progressive movement: violent, intimidating, and lawless. They throw temper tantrums, they throw molotov cocktails, they stomp on police cars, and they teach their kids to say “f**ck you” to their neighbors.

Citizens like Cole Bartiromo are learning this the hard way by finding themselves on the receiving end of assault and battery.

Cole Bartiromo of Mission Viejo is also a Trump supporter. He says he became quite fearful when a mob turned on him. “Suddenly, out of nowhere, ” says Bartiromo, “I felt this thud in the front of my head.”

He needed six stitches to close his head wound. Bartiromo told Gile he only got in the middle of the melee to document it, not to participate. Within moments, he says someone knocked off his Trump hat, hurled slurs at him and then slugged him.

Enough is enough. The police need to protect citizens from these violent thugs.